I'd be lying if I said I knew about Dr. Who.  I certainly know of Dr. Who but not read a book, seen an episode, nada.  So I went to the higher power, Wikipedia & learned something pretty cool: ‘It is the longest-running science fiction television show in the world and is the “most successful” science fiction series of all time—based on its over-all broadcast ratings, DVD and book sales, and iTunes traffic.'  Well damn!  This most certainly means there is plenty to play with when it comes to sampling something like Dr. Who as a theme for an engagement session!  Keeping as true as one could to the series, the blue British police box is part of the background flavor, while its truly the costuming that gives you that real feel.  The strong blood red & striking blues really pay homage to the vibrant inner space & time travel series, but I can't take my eyes off the gas mask kid!  Is it wrong that I find a kid rockin a gas mask adorable!?  I love the whimsy, the creativity in idea & gumption with which they went after this!  Be sure to check out the note from MegganJoy about her adventures in transforming Dr.Who into an engagement session at the end of the gallery! 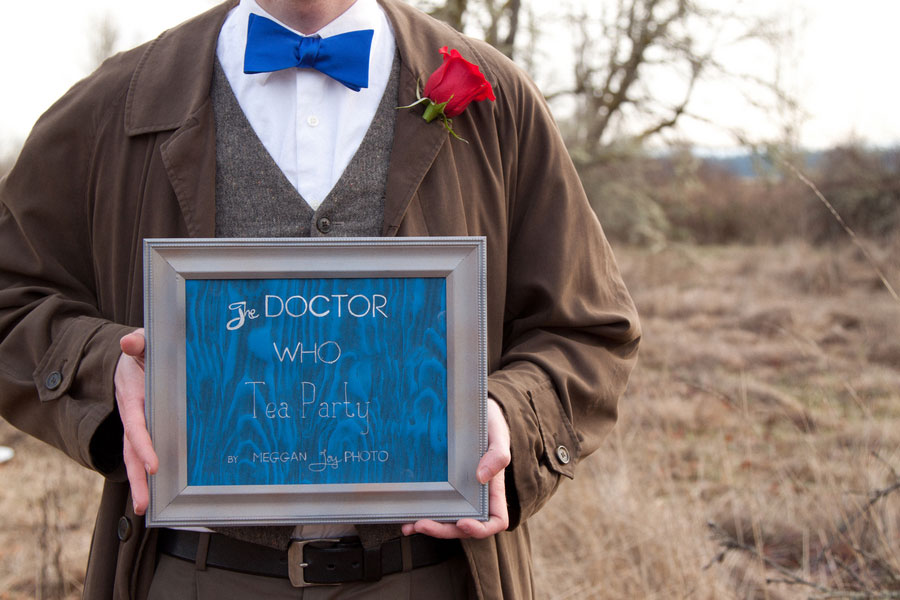 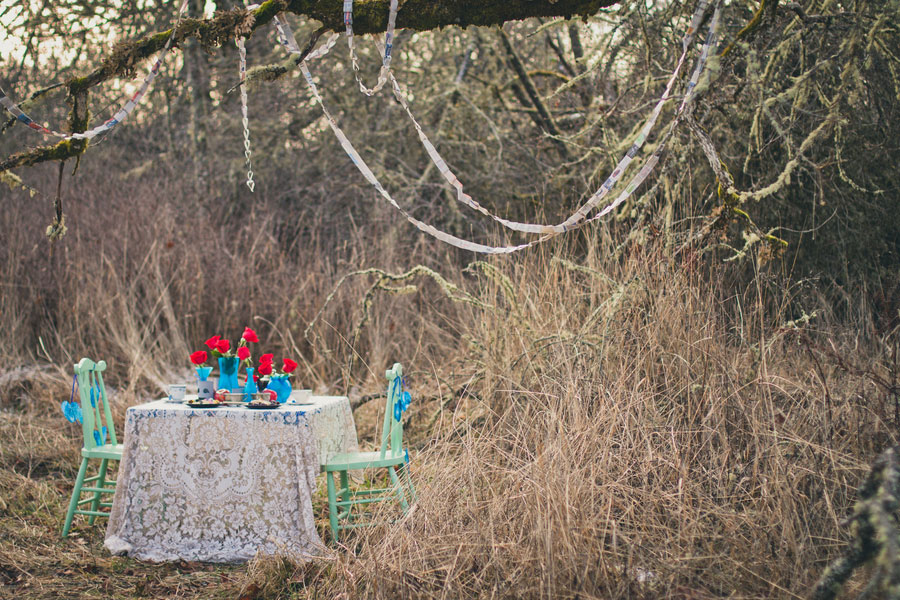 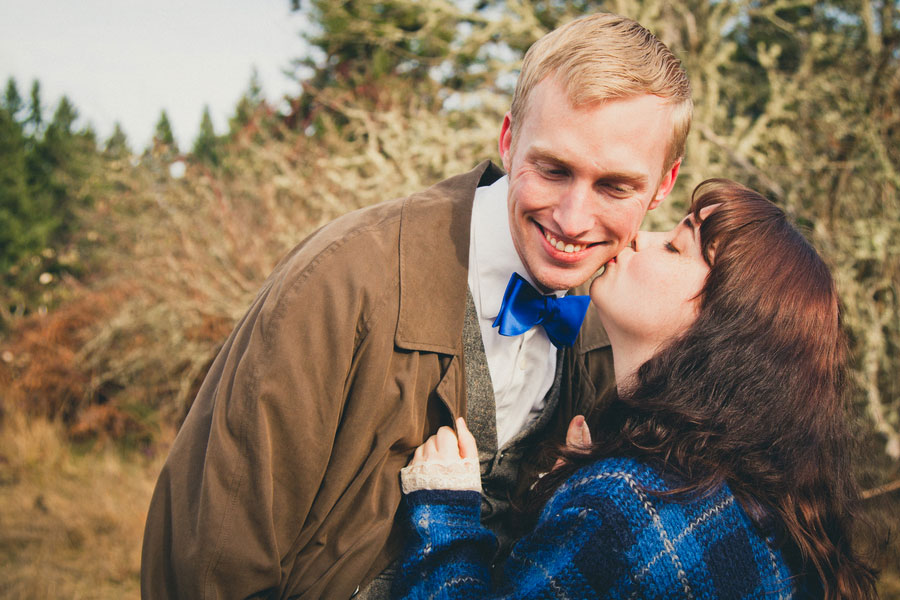 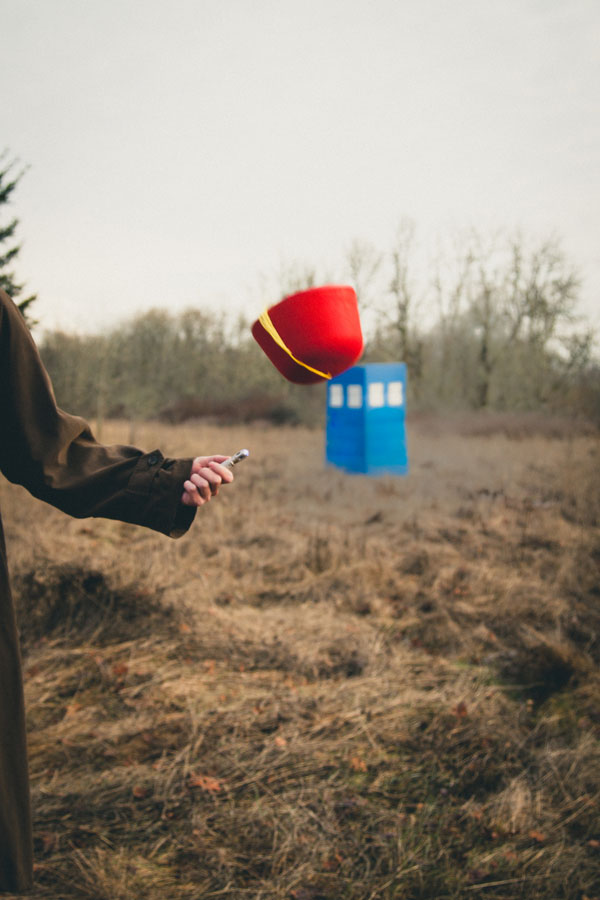 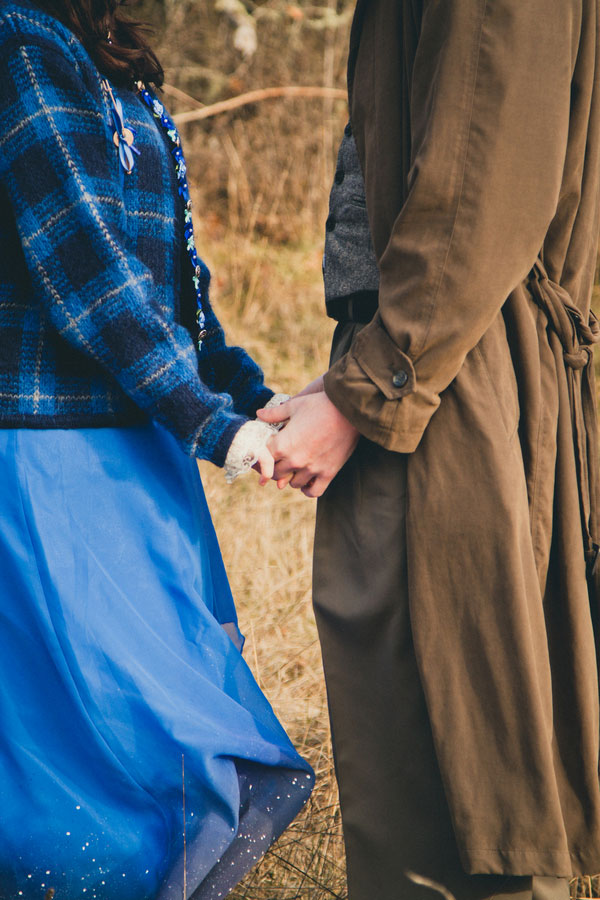 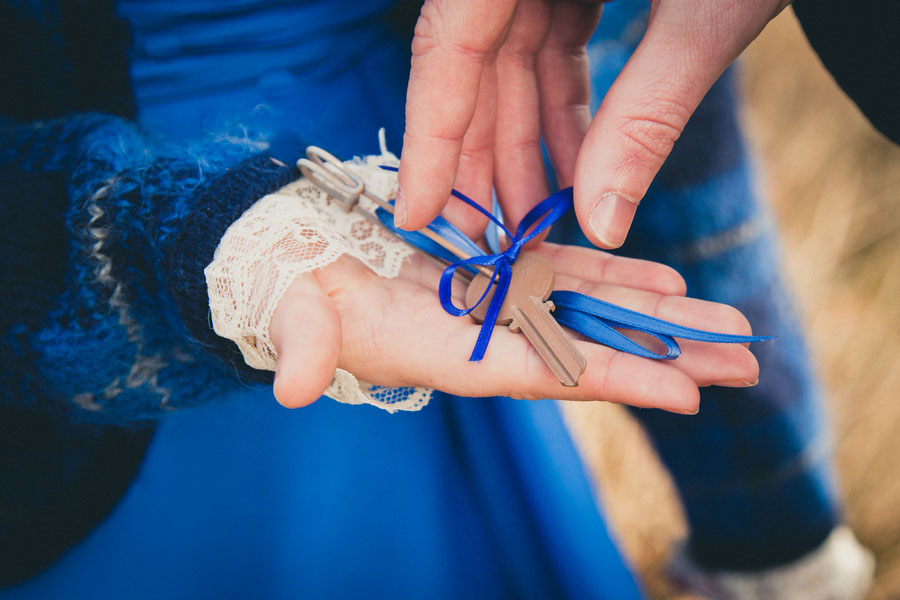 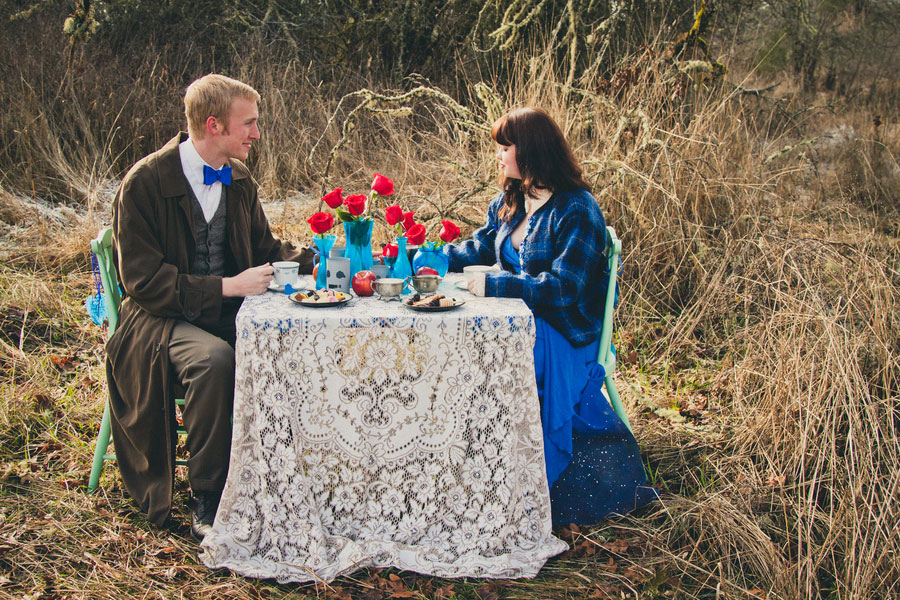 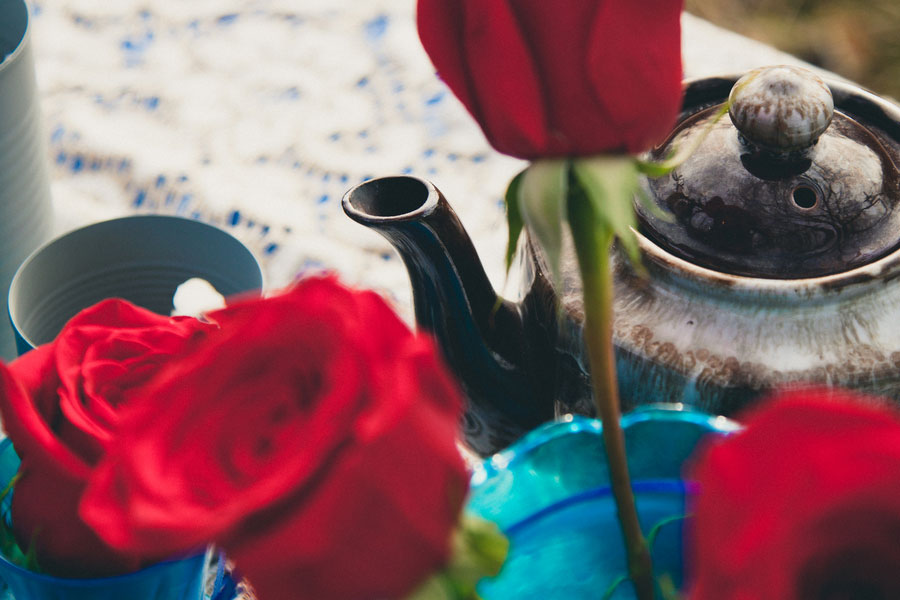 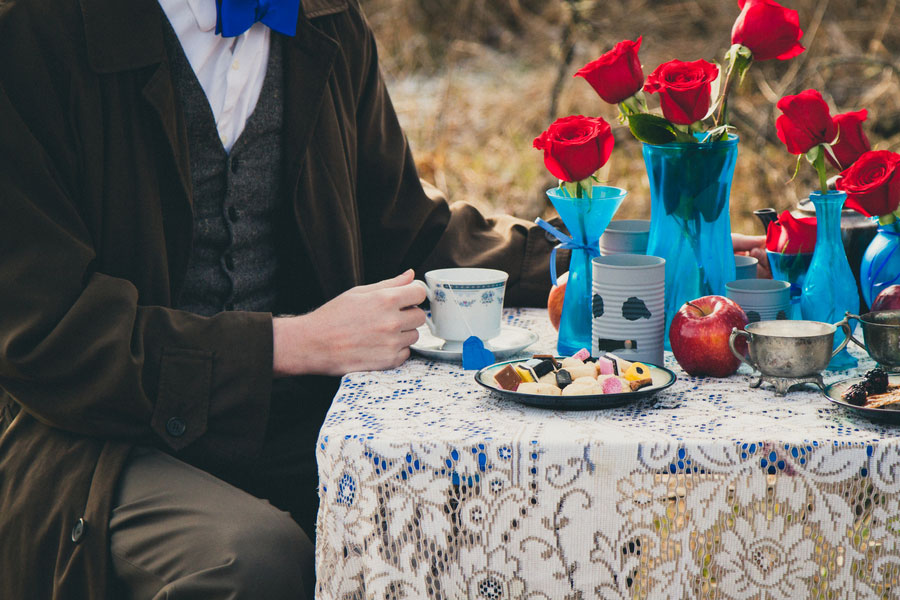 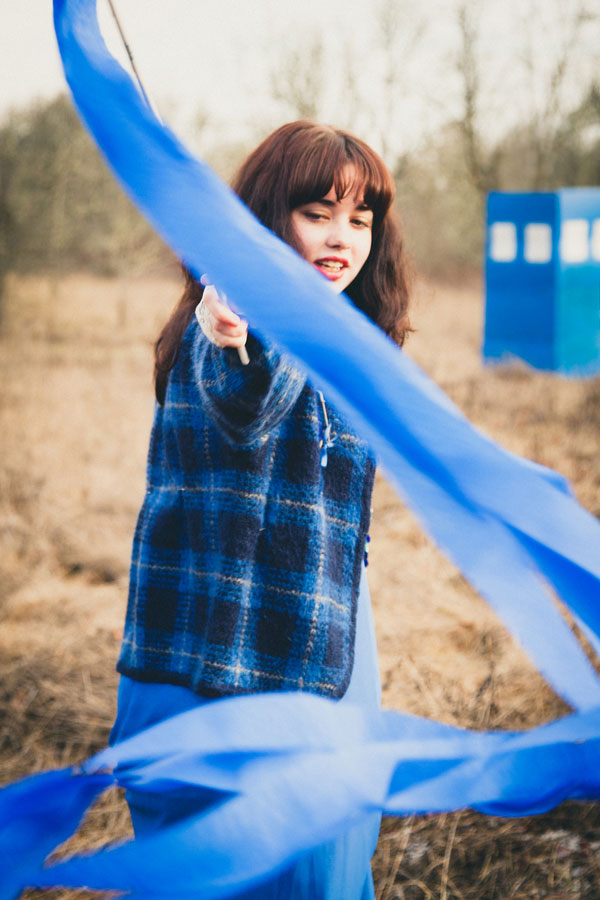 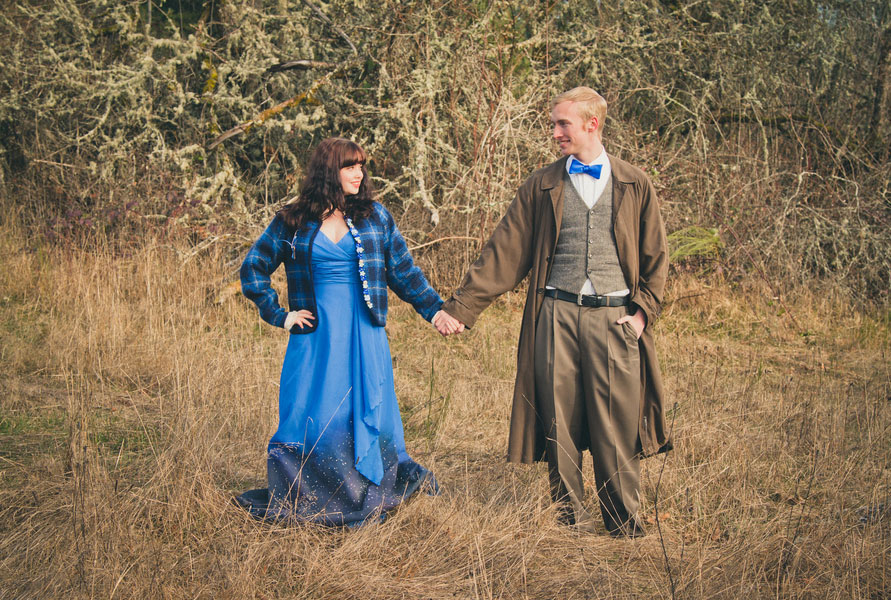 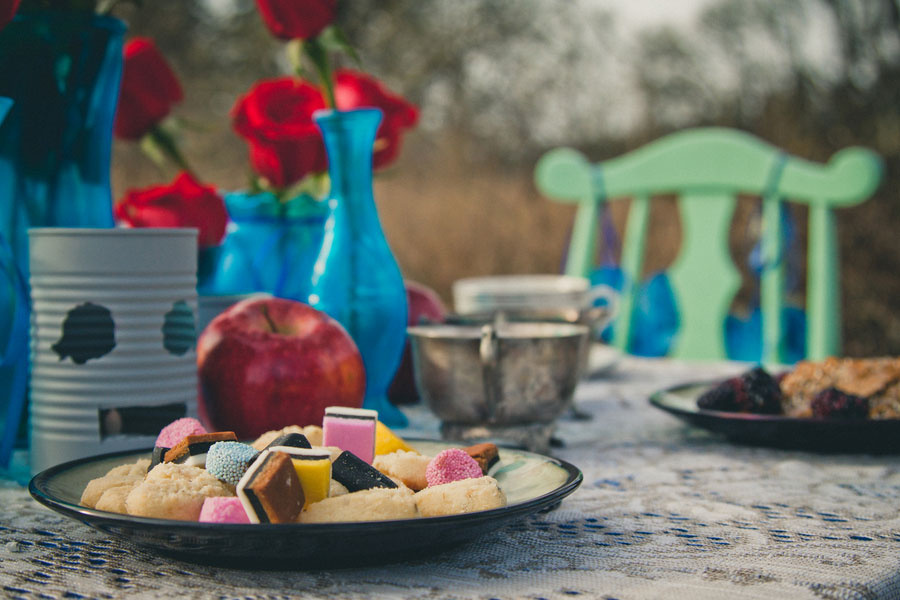 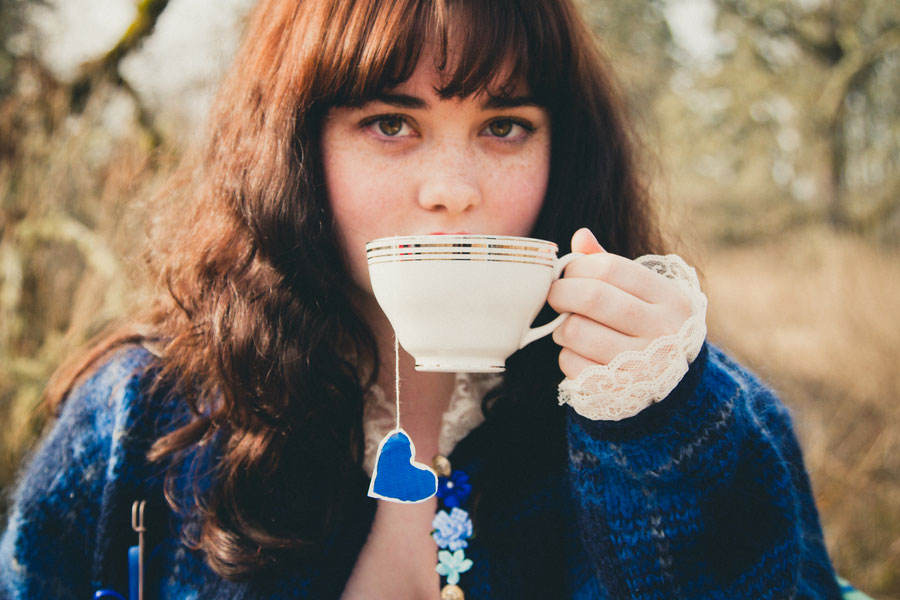 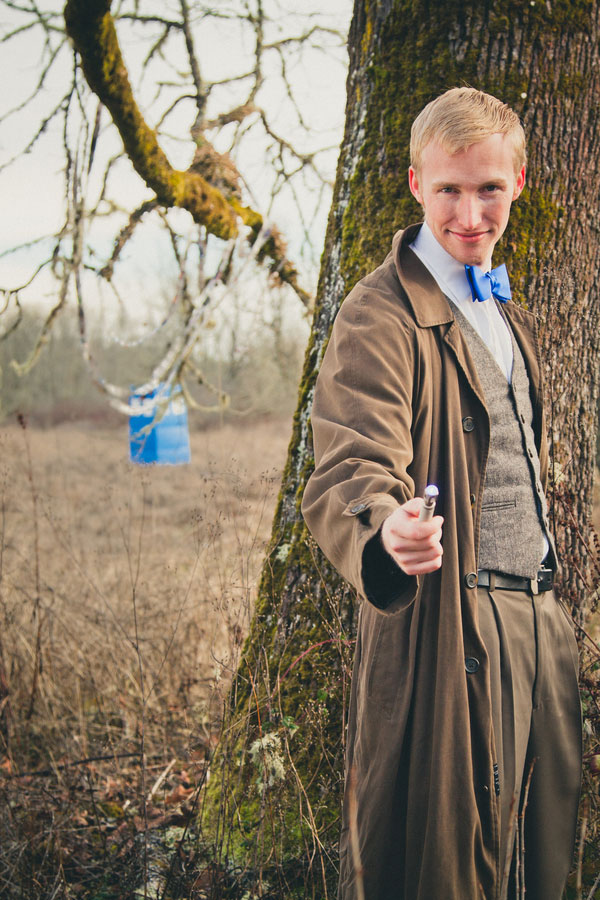 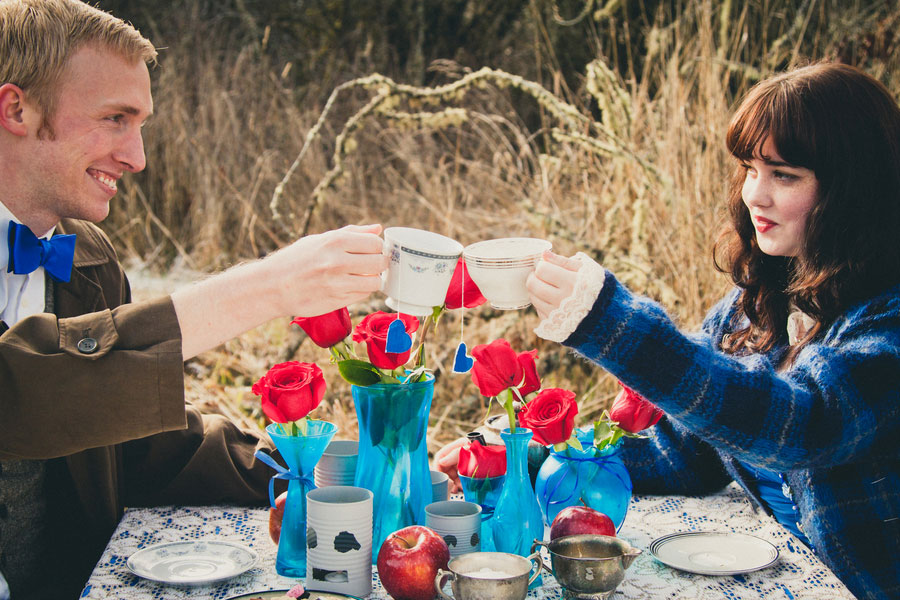 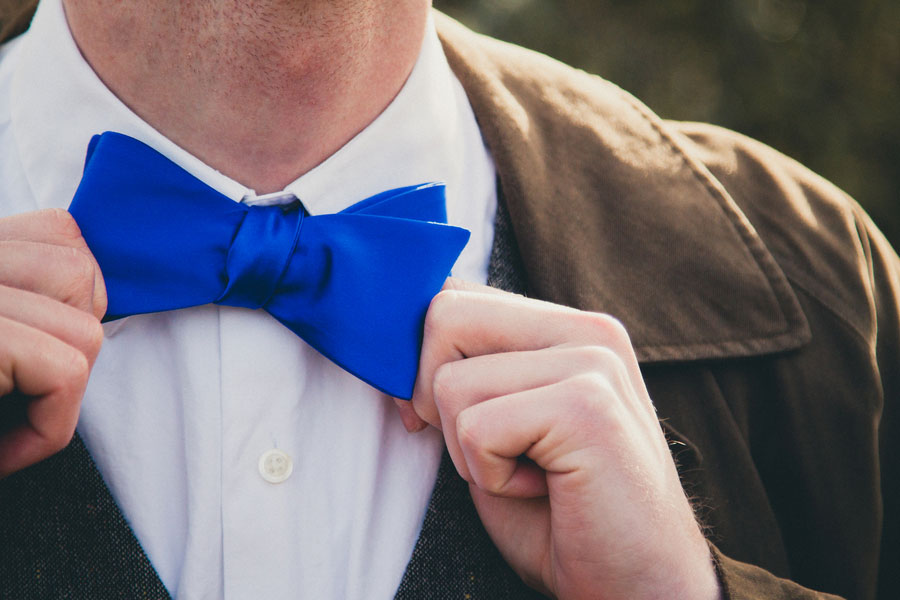 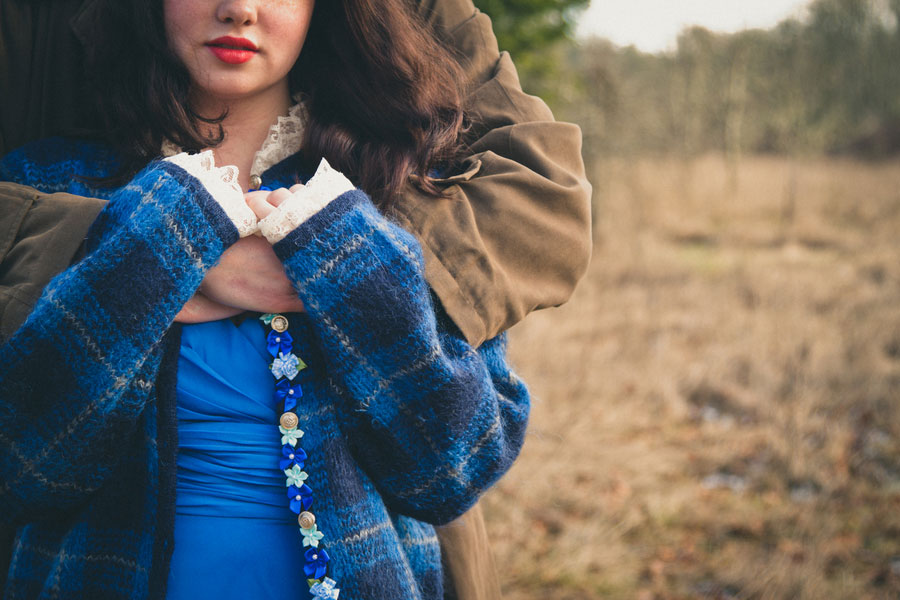 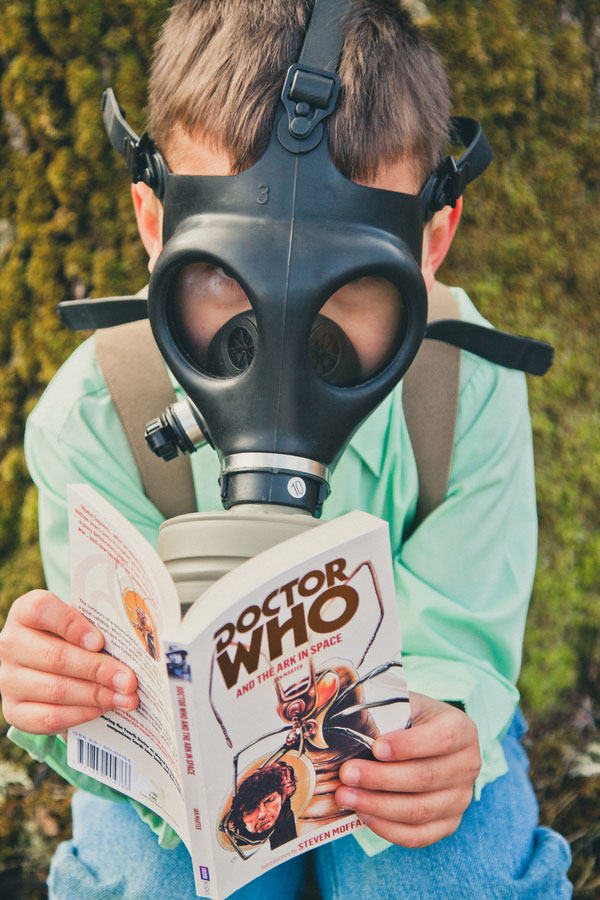 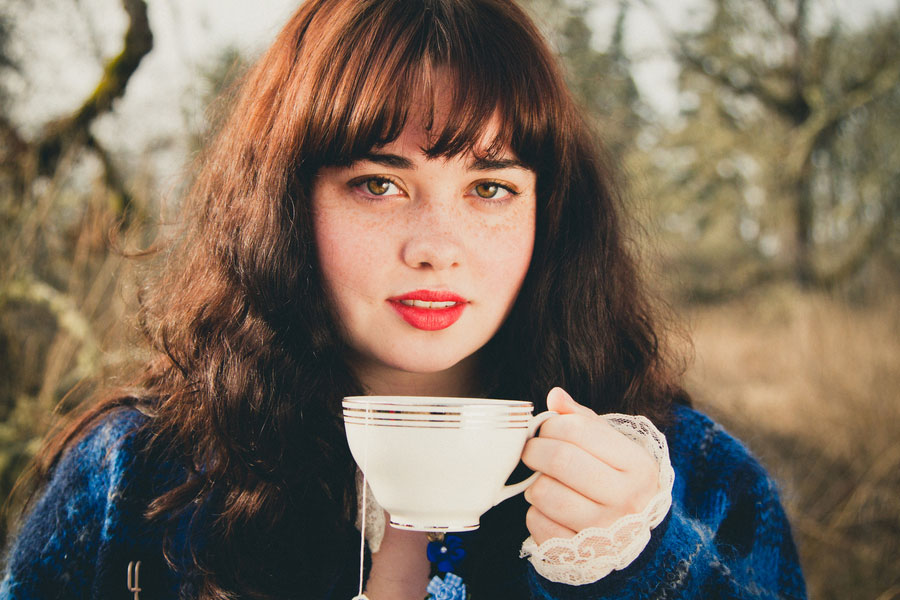 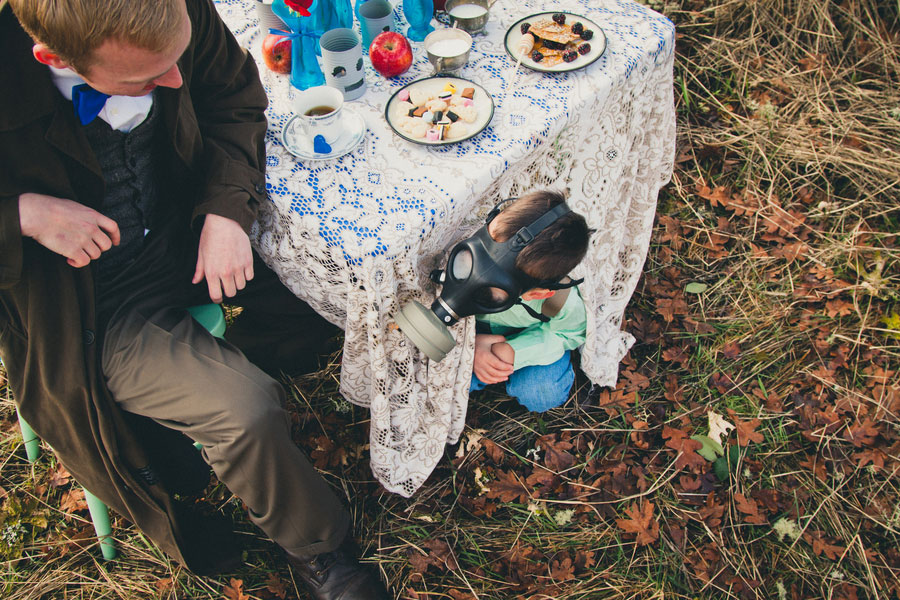 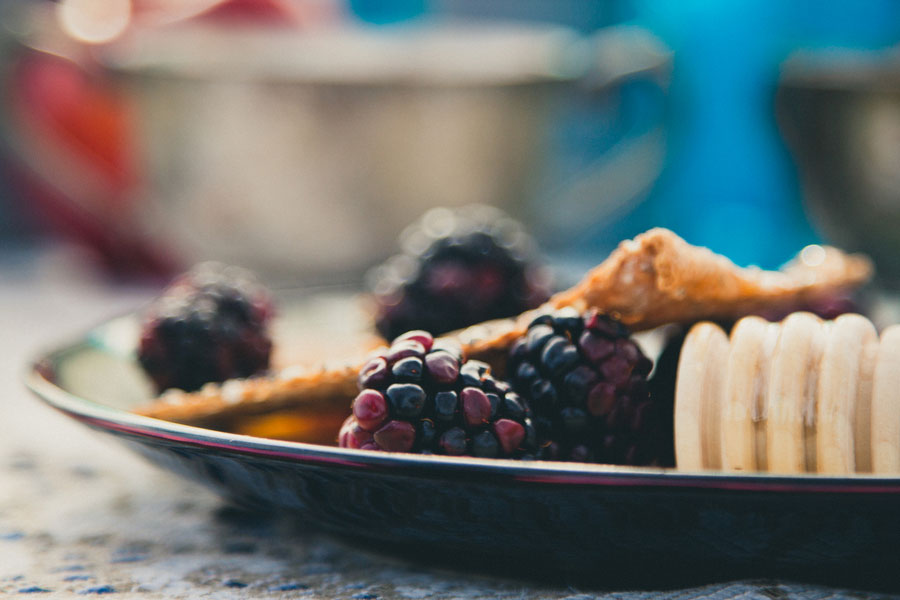 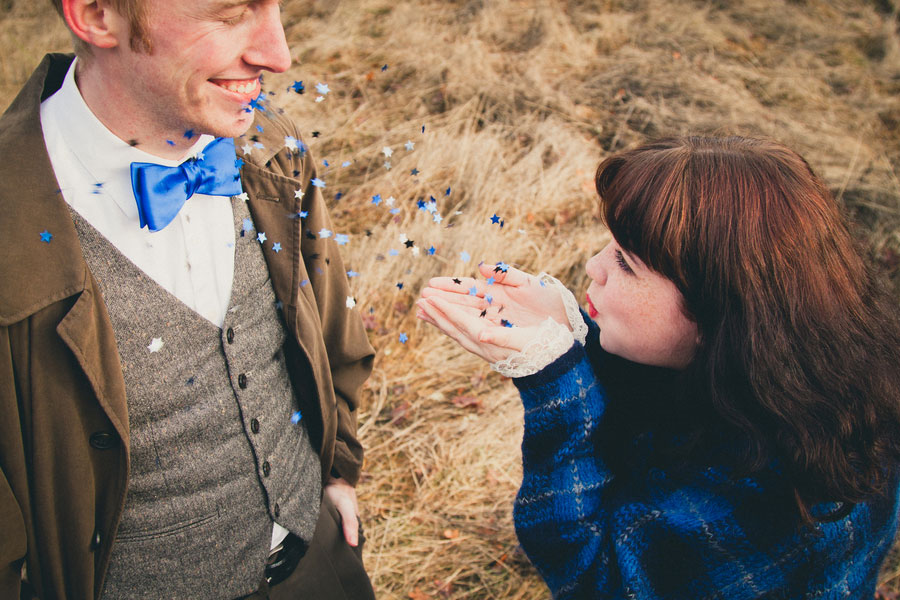 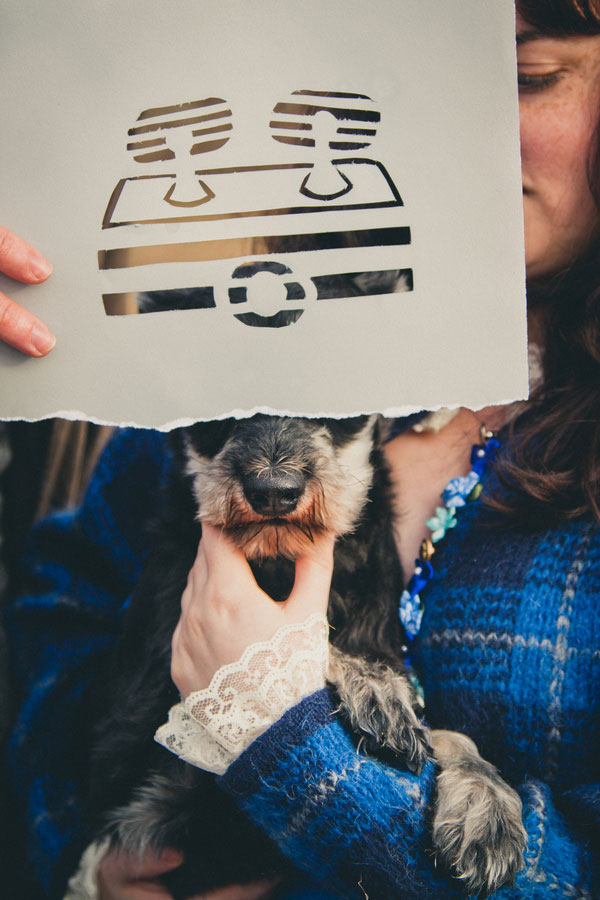 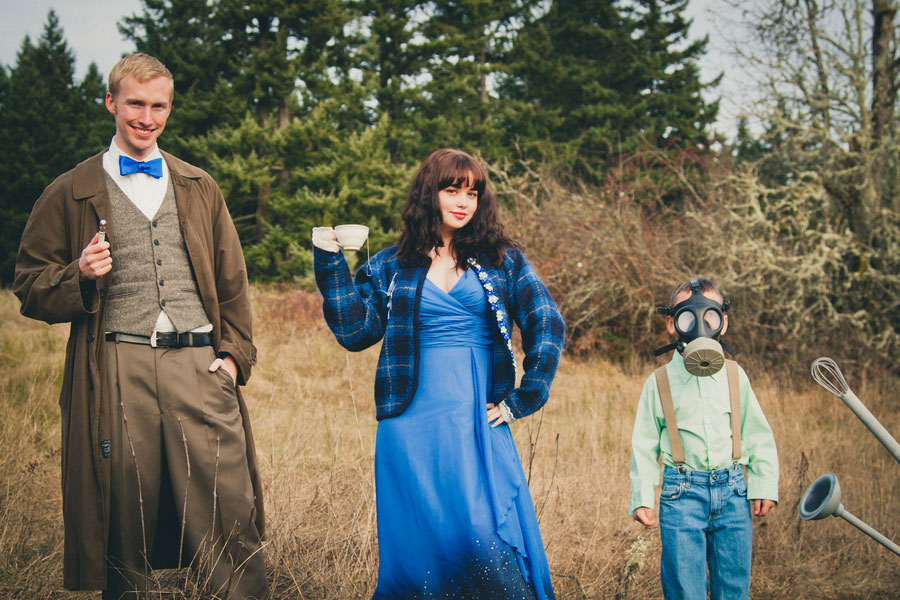 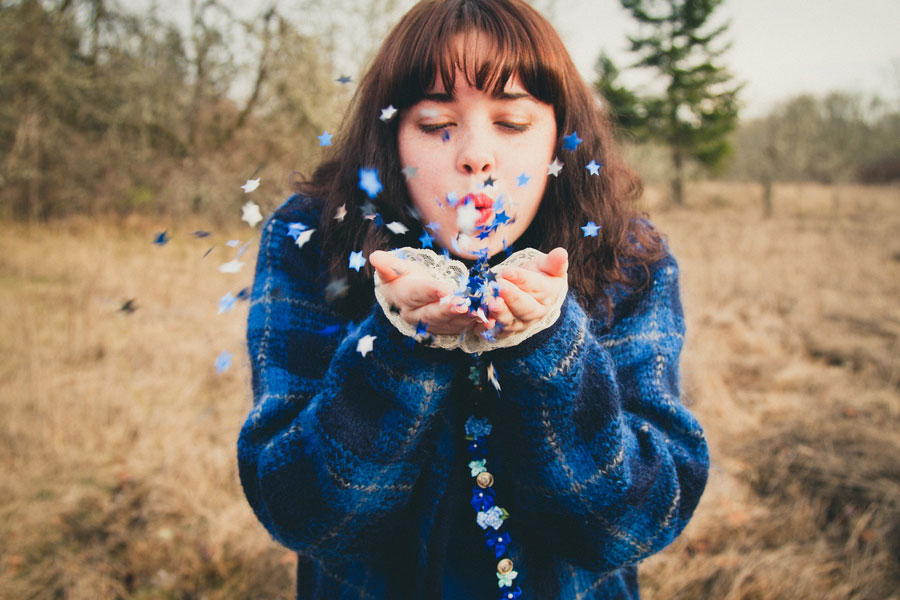 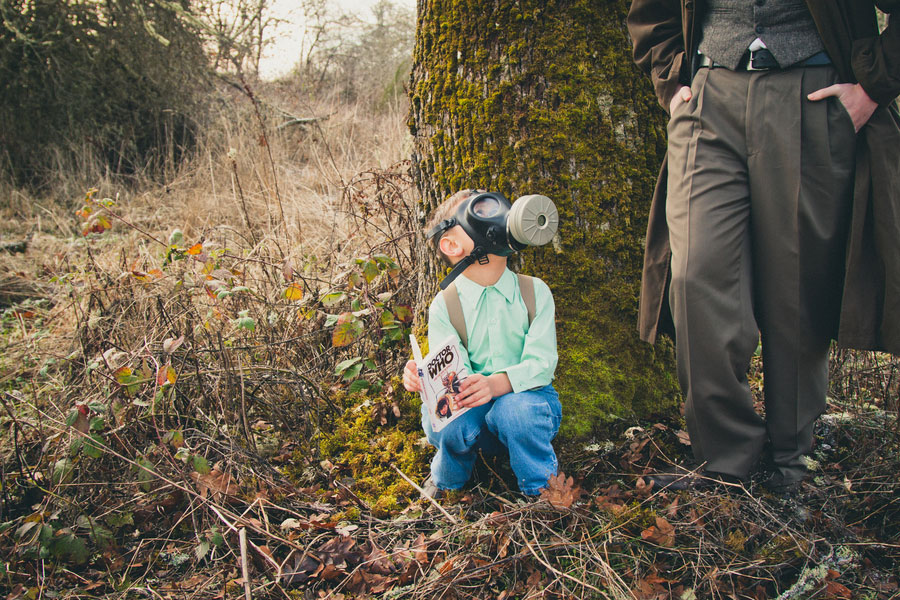 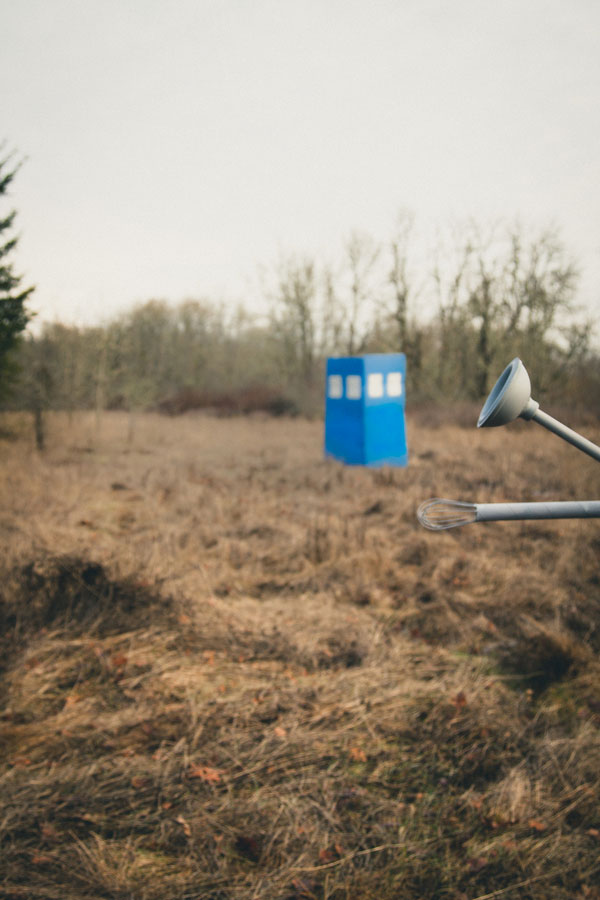 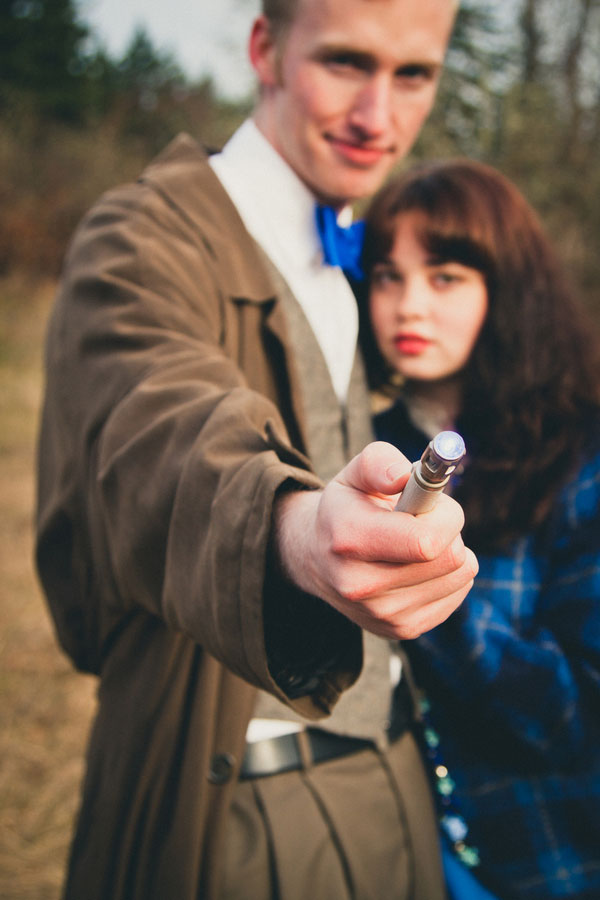 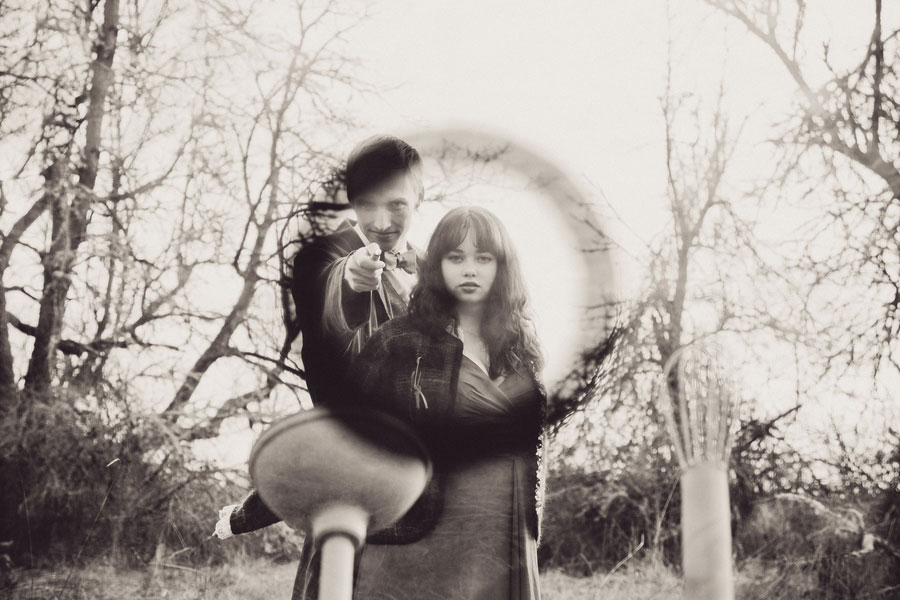 A note regarding the shoot from MegganJoy

“My budget was $300 to showcase a Dr. Who themed engagement/family shoot. If you are unfamiliar with the popular BBC series Doctor Who – know that they are celebrating their 50th anniversary this year and I wanted to participate in my own little way. This is the longest running science fiction series of all time and VERY popular on Pinterest. We incorporated the characters: The Doctor, Female embodiment of the Tardis (his one true love) and the “Are you my mummy?” masked boy. We even had hints of The Doctor's arch nemesis species – A Dalek. The scene is a quite wooded area with a beautiful spread of a tea party. Complete with “Cyber Men” luminaries (another nemesis) and red roses and apples. One of The Doctors most beloved companion was named Rose and a fresh apple is how he convinces Amy Pond that he is in fact her imaginary friend from childhood. The female Tardis's dress is hand-painted to looked like it has been dipped in the galaxy. Only appropriate for the soul of spaceship to wear. You will also notice that she also carries a special key. Often given to The Doctors companions as a sign of good faith – the first key was first given to The Doctor himself. We have bow ties, a fez, sonic screwdrivers and even the more recognizable version of the Tardis. All for $300. The Doctor portrayed by Brandon and Tardis portrayed by Britney are a couple themselves and huge fans of the show. Jamie (masked boy) just wanted to eat the cookies and read. The location is an abandoned air field in Spanaway Washington State.”

*All Photographs by MegganJoy Photo