Blame it on the time of year, but when this lil beauty came across my desk the very first thing I thought about was Kentucky Derby!!  Sure the lovely pony hanging out in what certainly feels like racing paddocks is giving off the derby vibe, but Andrea Price & Zachary Valenzuela have that proud owner feel, especially in their formal get up!  I could easily some of these shots as part of the ‘Getting to know the horses' package during the Derby pre-show, cant you?!  The relationship the two share not only with one another but with their animal friends is adorable, and I am sorry but those lil pups are waaaay too cute!  The styling is spot on from the more laid back look {LOVING the boots!} to the bow tie Kentucky fever look.  This entire session is one mint julep away from hearing those trumpets roar to life to call the race! 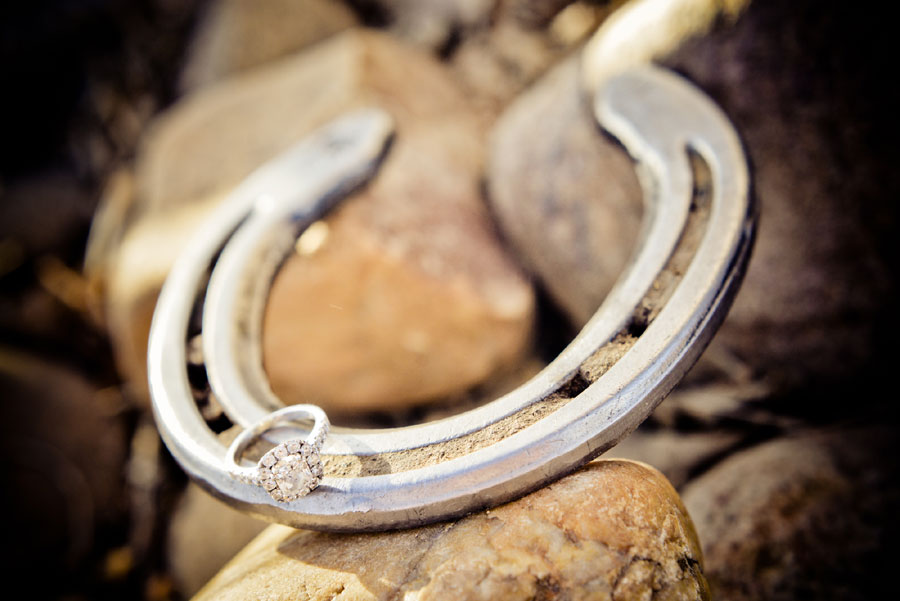 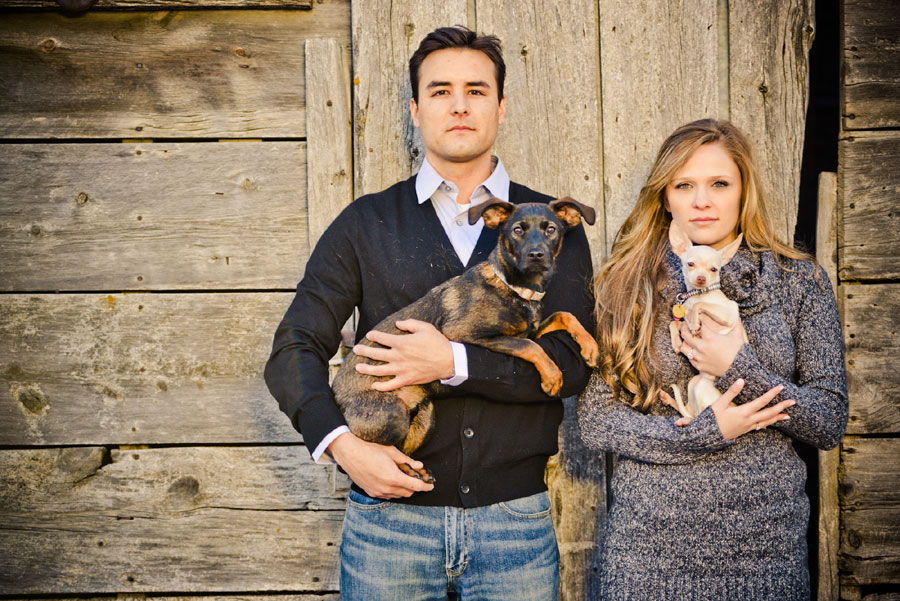 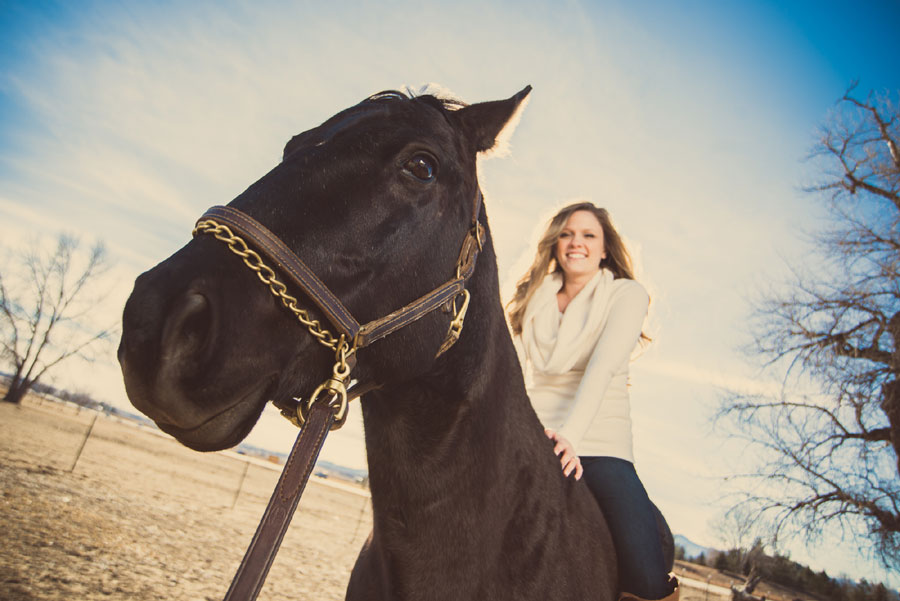 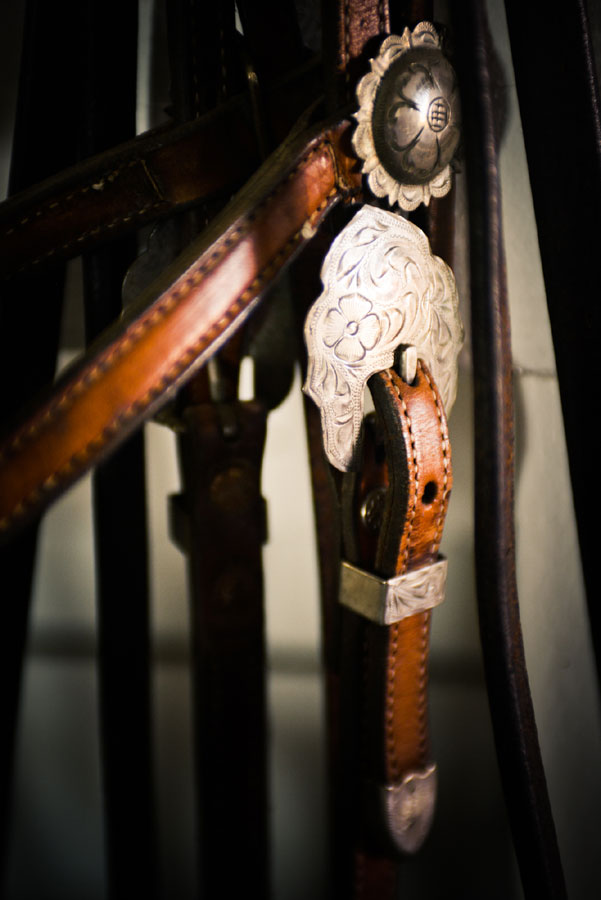 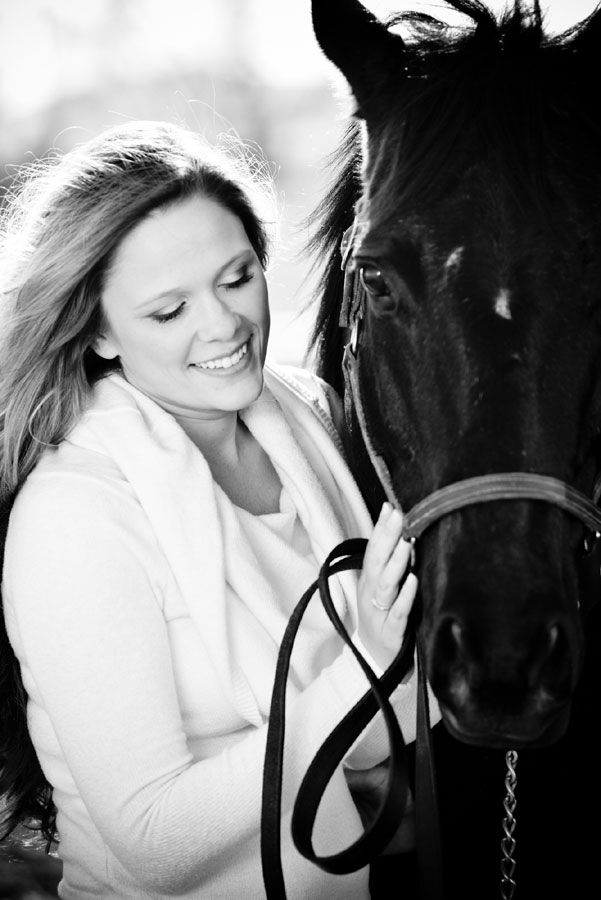 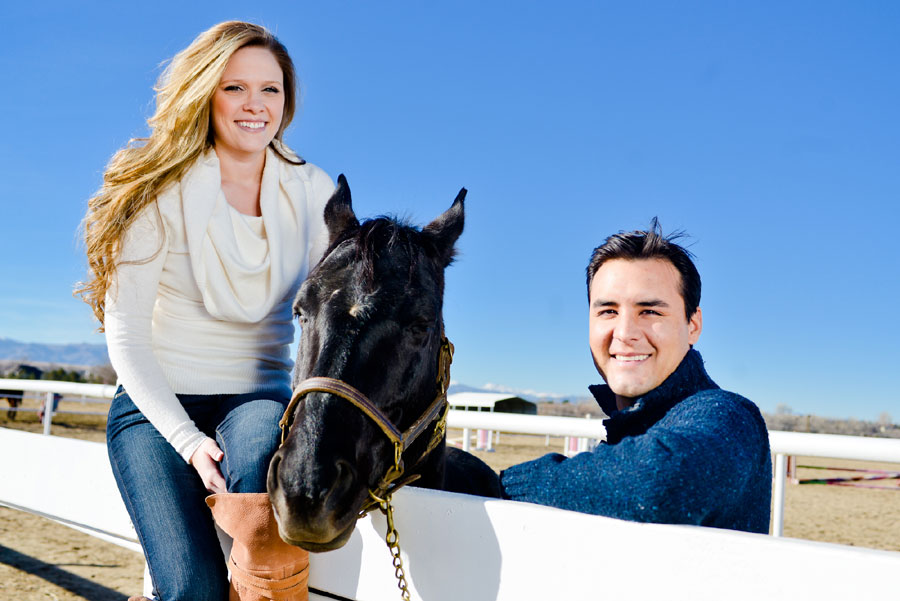 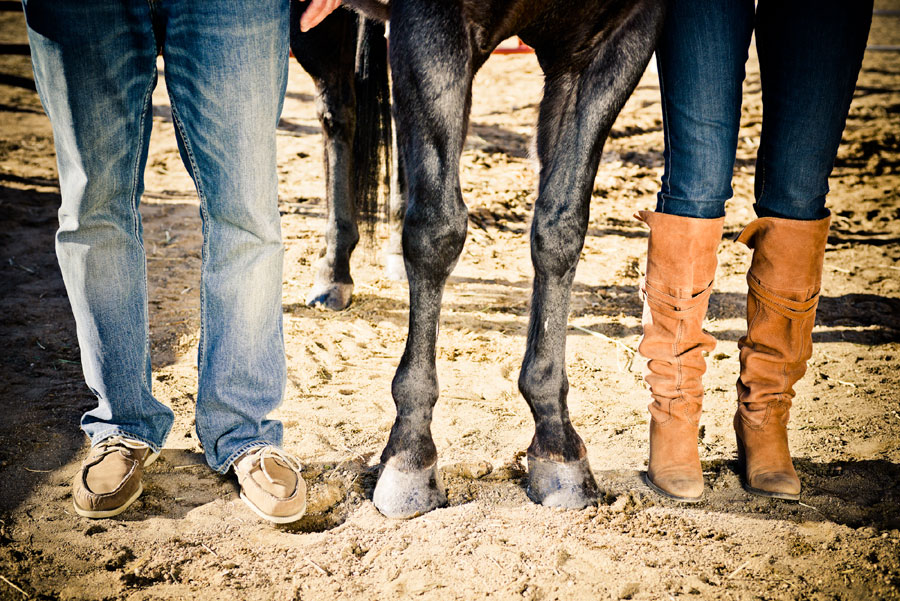 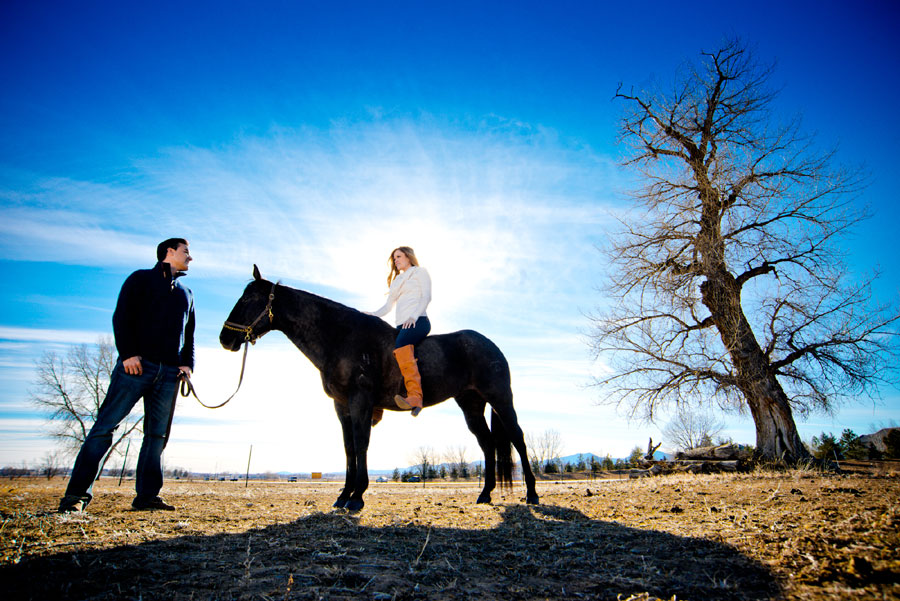 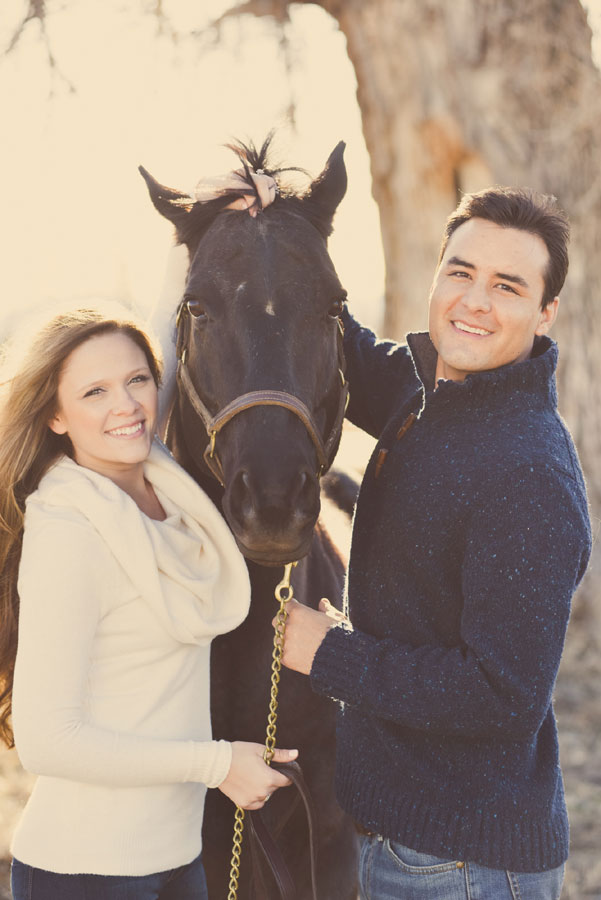 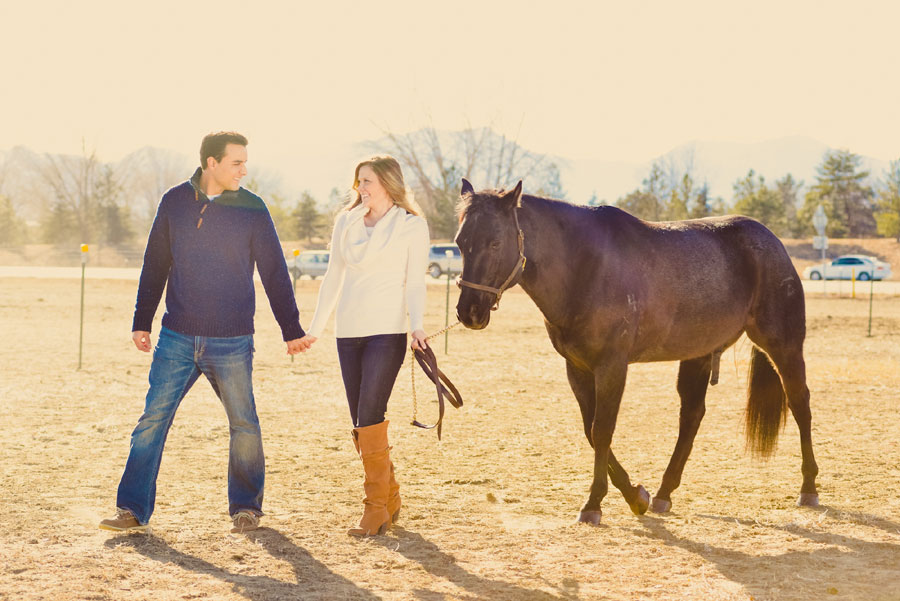 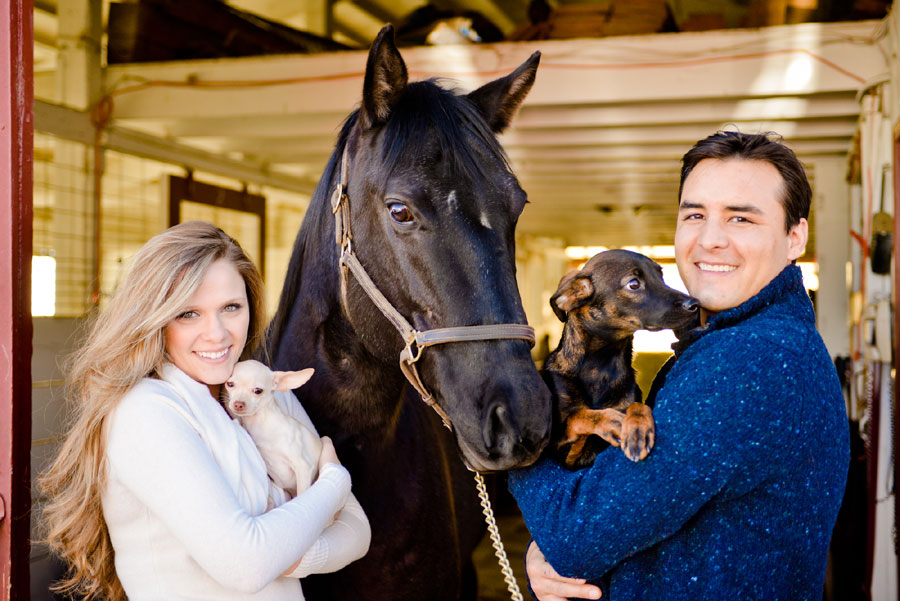 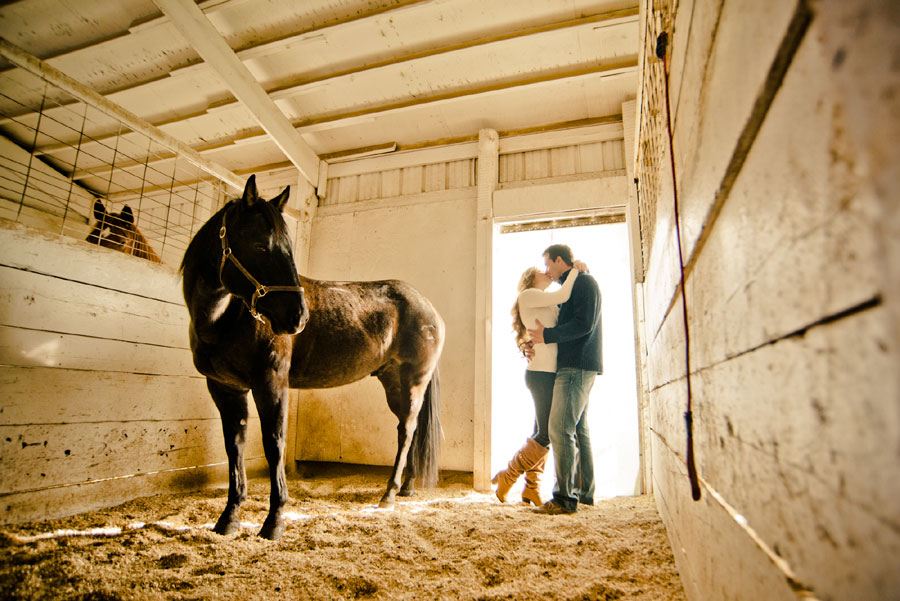 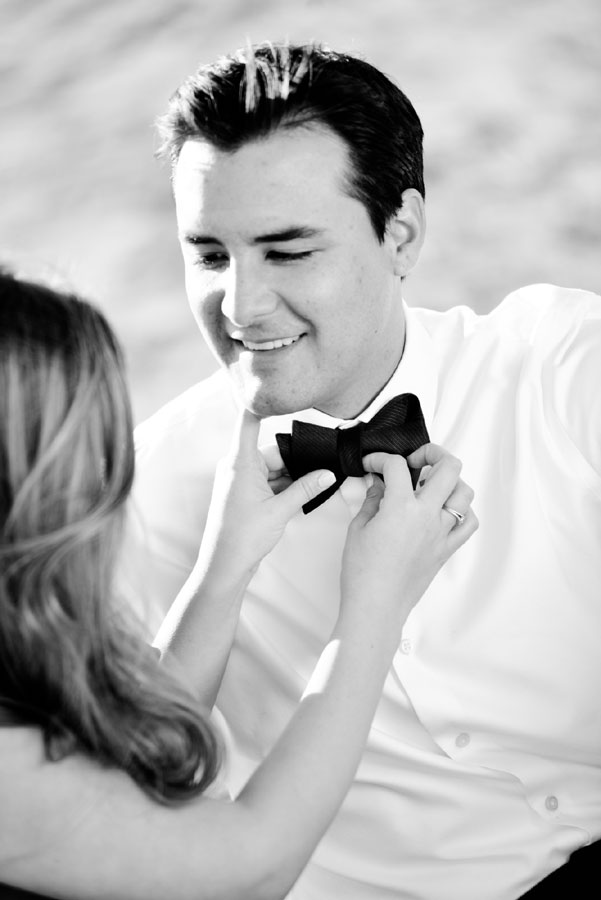 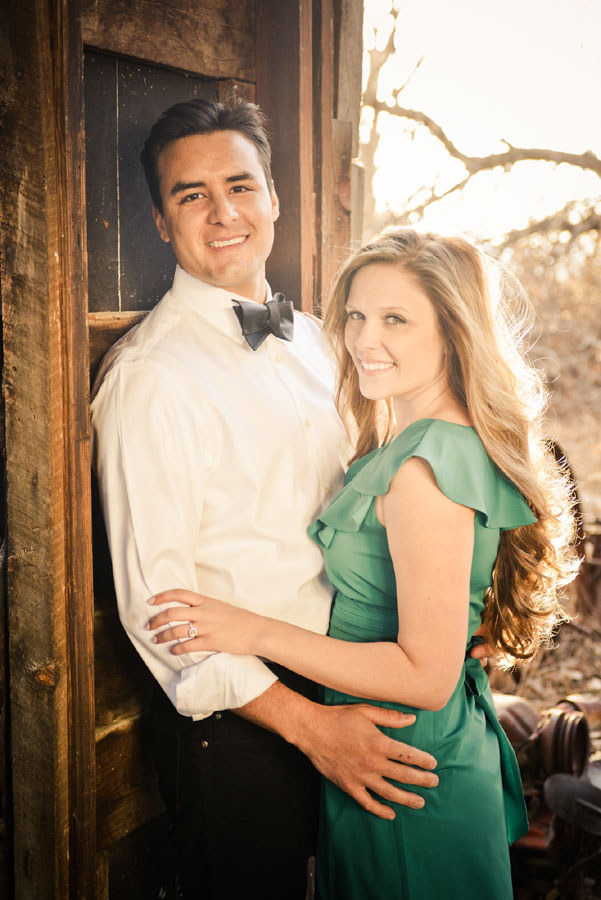 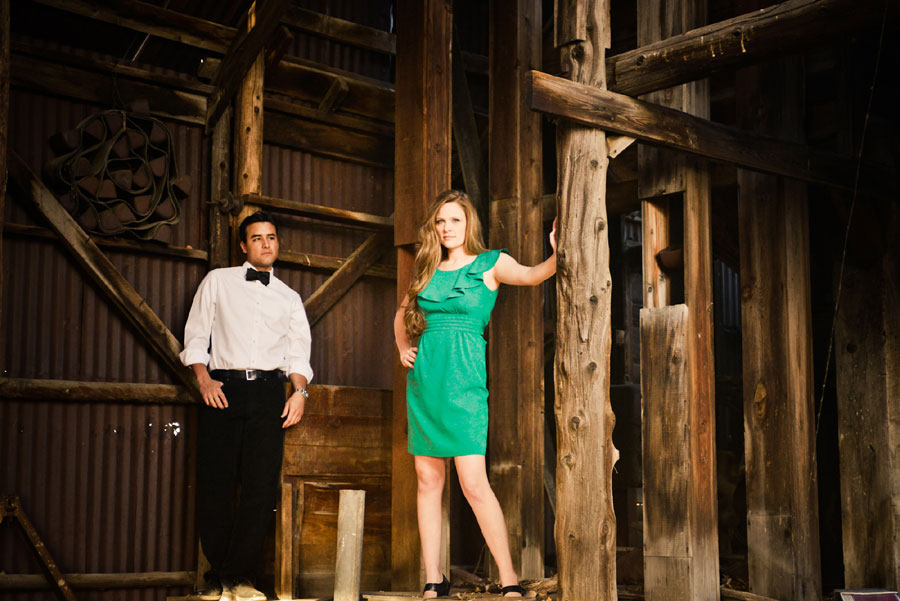 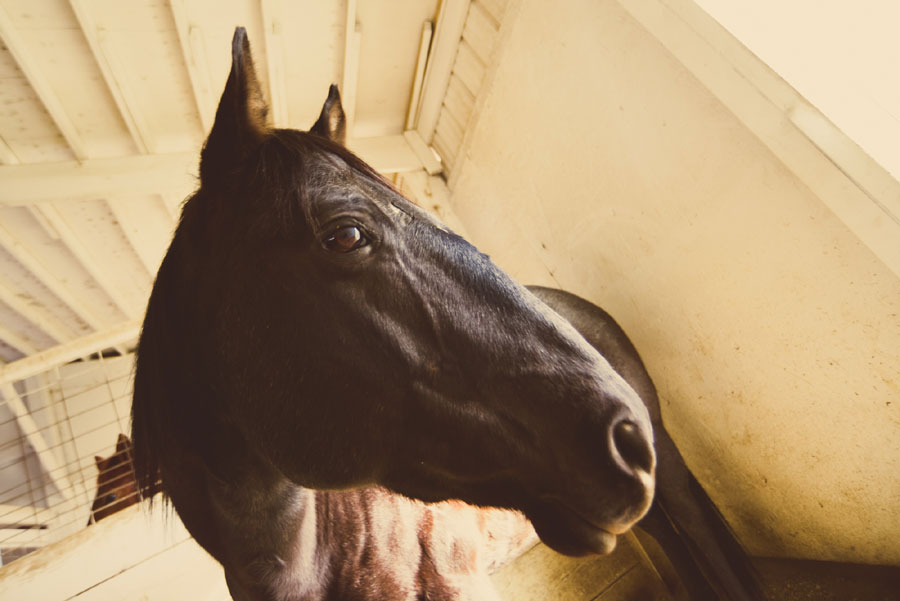 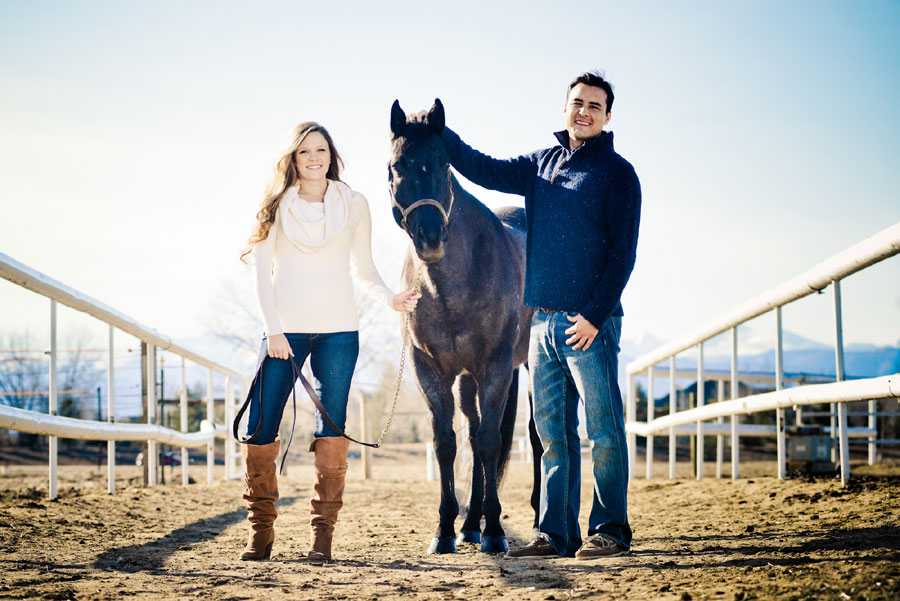 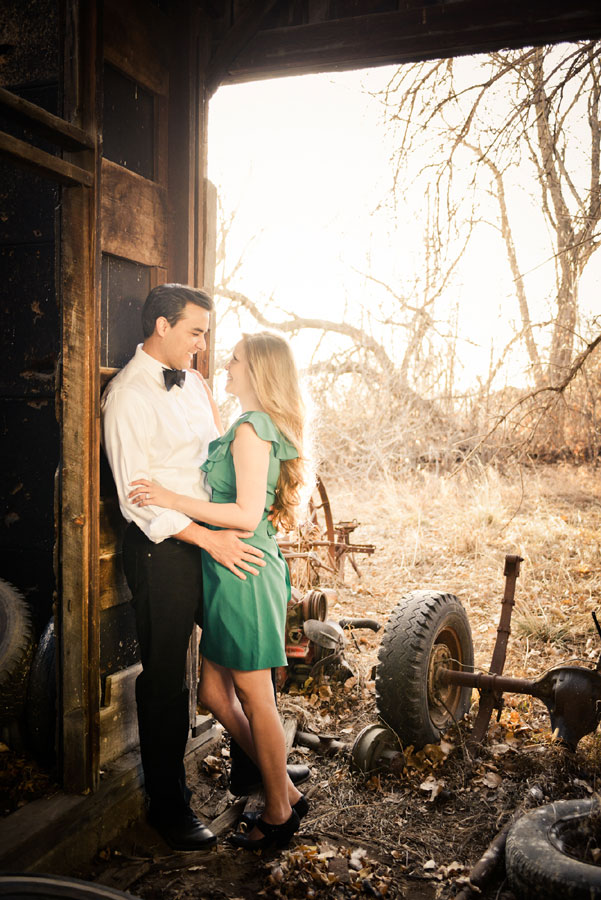 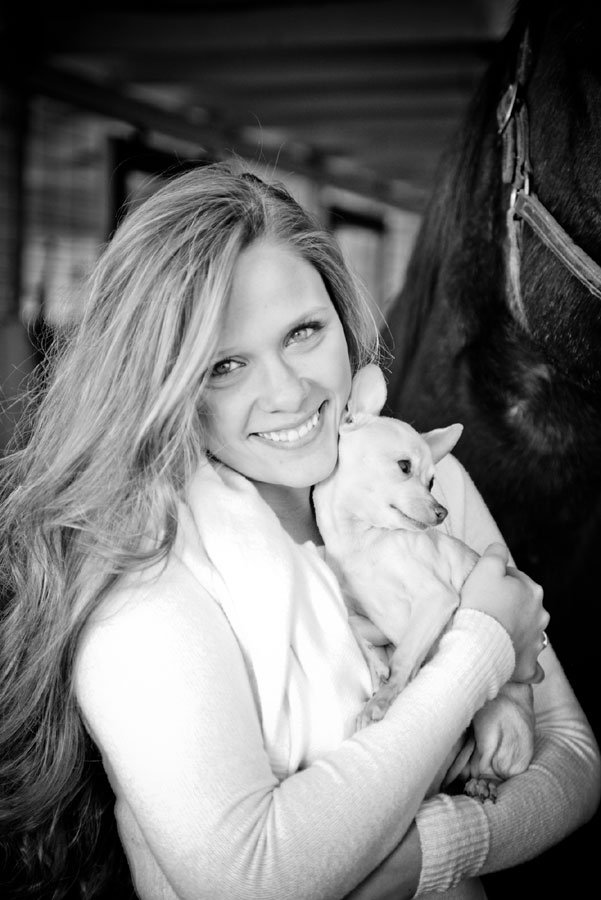 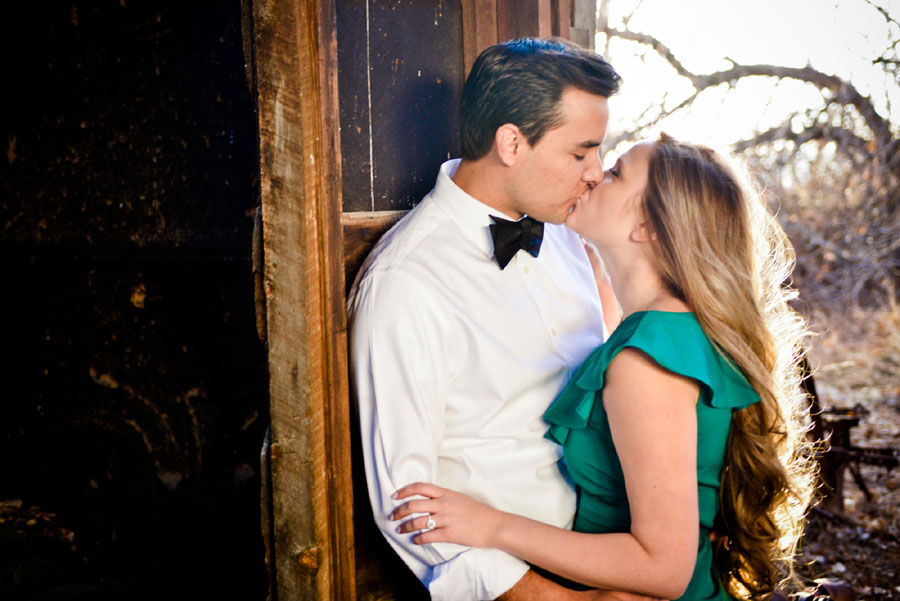 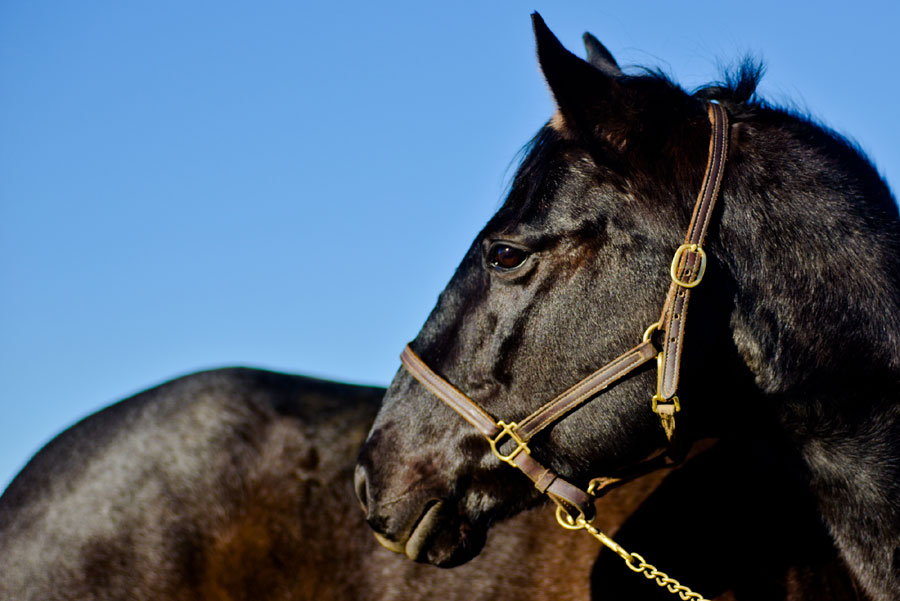 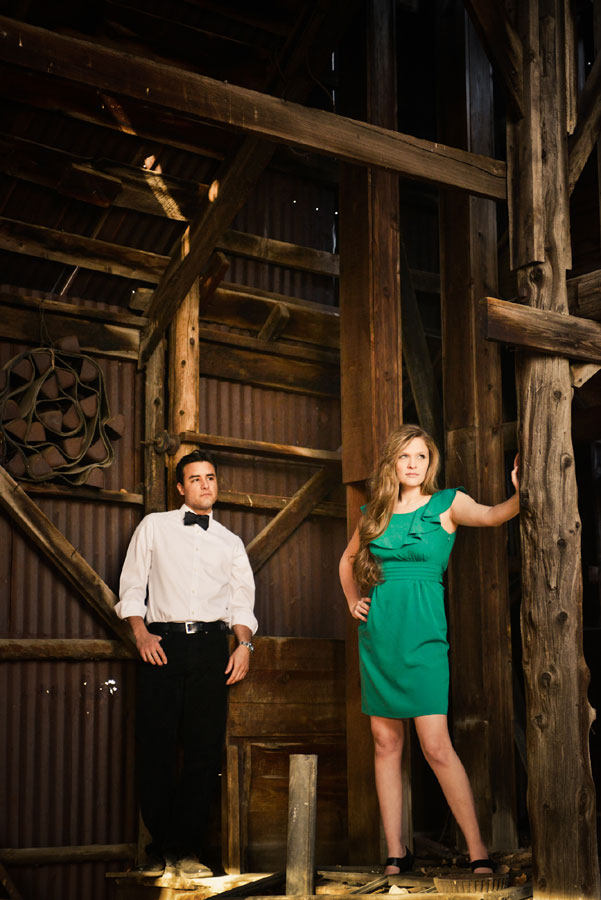 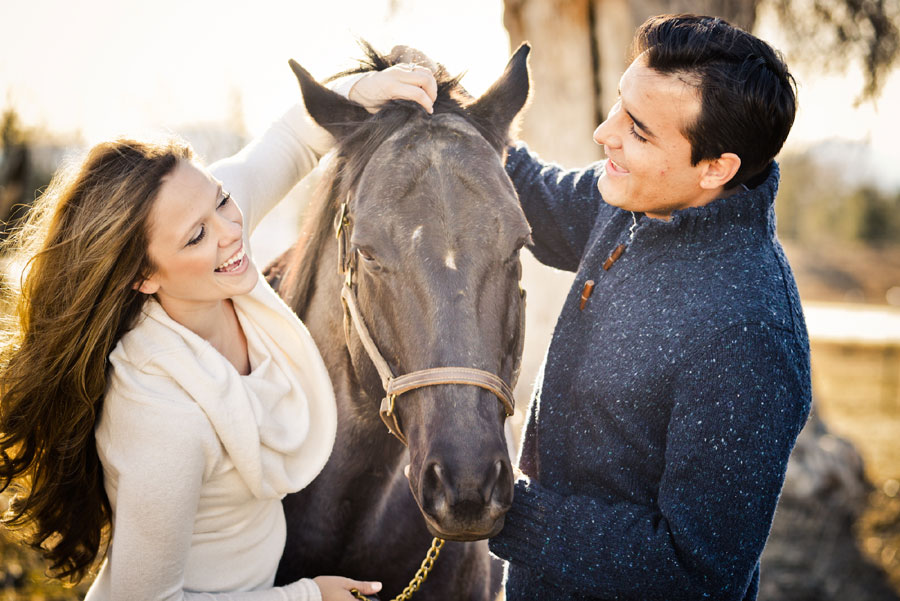 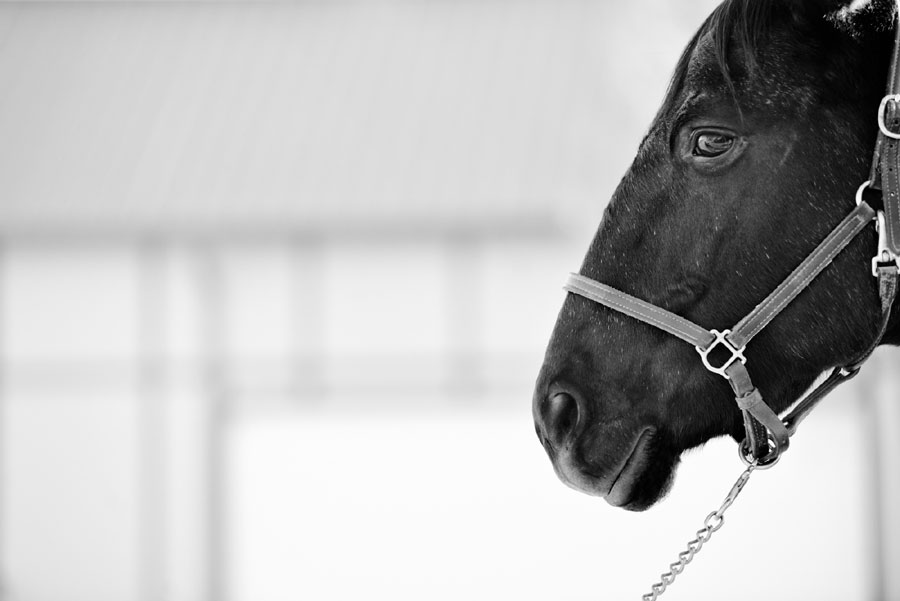 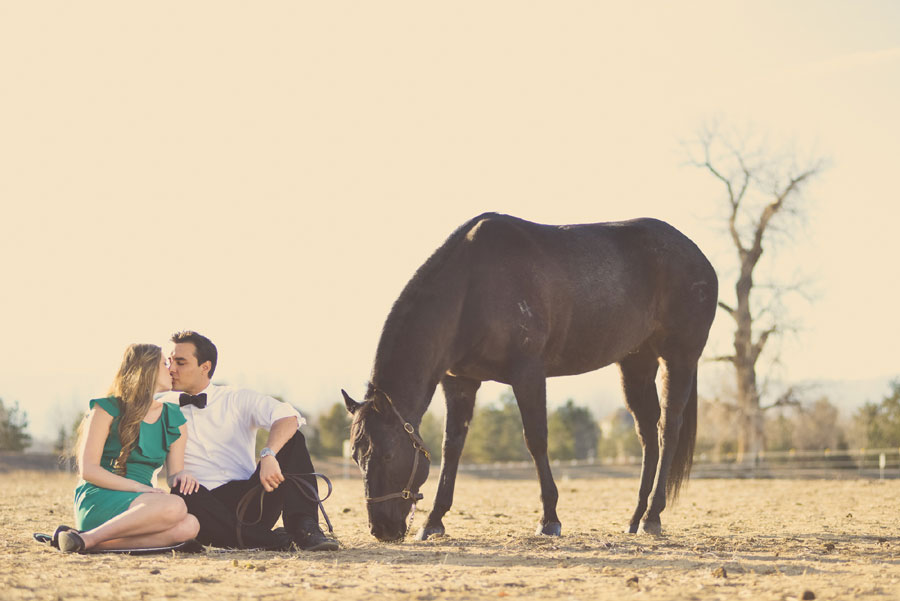 Zach and Andrea met in Downtown Denver at 1670 Broadway on January 17th, 2011. Andrea had just begun a job as a property assistant with Cushman & Wakefield, the same company Zach was working for as a building engineer. On her introductory tour, Andrea was introduced to all of the members of building she would be working with. Zach had come by the Management Office for something unrelated. They briefly talked for a couple of minutes and Andrea found out that Zach had also attended the same college she had recently graduated from, CU Boulder. From there, Andrea settled into her job and more and more Zach began to visit her office for random reasons. They began talking more often. When Andrea decided that the job wasn't going to work for her, she gave her two weeks. Zach realized this was his chance to get her phone number. The Friday before the Saint Patrick's Day Parade, he came into her office and asked her if she had any plans. She mentioned she had planned on attending with a friend of hers. He awkwardly wrote his number on a pink sticky note, slapped it on her desk, instructed her to call him if she was in Denver and awkwardly walked out.

They never ended up meeting for the parade but began exchanging texts. As Andrea's time came to a close at work, Zach asked her if she wanted to grab a drink after work. They spent a couple of evenings talking for hours after work. Her last day came and went and Zach had decided to go to the Rockies Season Opener. After a couple of days, Zach had called and asked if he could take her out on an actual date. Their first date was April 8, 2011 at Centro Latin Kitchen in Boulder. They have been together ever since.

In September 2012, Zach and Andrea took a vacation to her parent's house in San Diego with their friends Britta (Maid of Honor) and John Meyer. The vacation was an incredibly relaxing week spent laying on the beach, eating and shopping. Britta and John left to go home and Zach and Andrea had one last night before they left to return home. They weren't sure what to do with that last night but decided to visit nearby Shelter Island, CA after hearing about the island from her Aunt Joann. Andrea had been visiting San Diego her whole life and had never heard of the island so they were both excited to check it out. They decided on a Polynesian restaurant called Bali Hai. After dinner, they went on a walk along the shore facing the skyline of downtown San Diego. The view was perfect against the dark bay. The shore was perfect, peaceful and secluded. And, as you can probably guess… this is when Zach proposed to Andrea!