Apparently, our bride-to-be Mikala is quite hard to surprise, so it was quite a feat for her future husband, Tau, to actually pull off this inventive proposal. The duo live in Oahu, but traveled to Hawaii's Big Island for the weekend under the guise that Mikala was participating in some cultural shots by doing a hula for a local hotel by photographer Aloha Zoe. Tau “tagged along” and once the “shoot” was over, the real fun began and you can guess what subsequently went down. We're so elated that Tau pulled it off without a hitch! 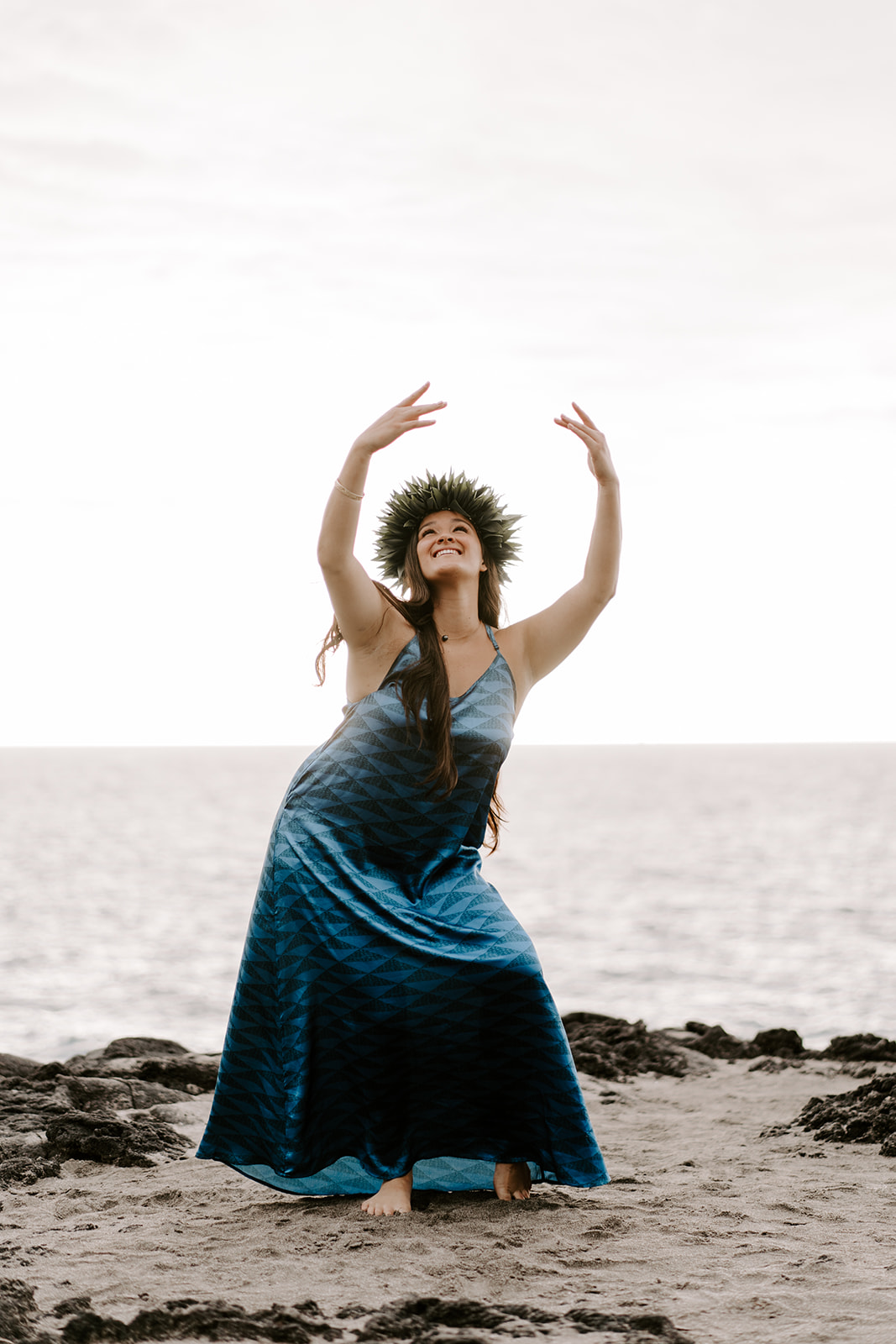 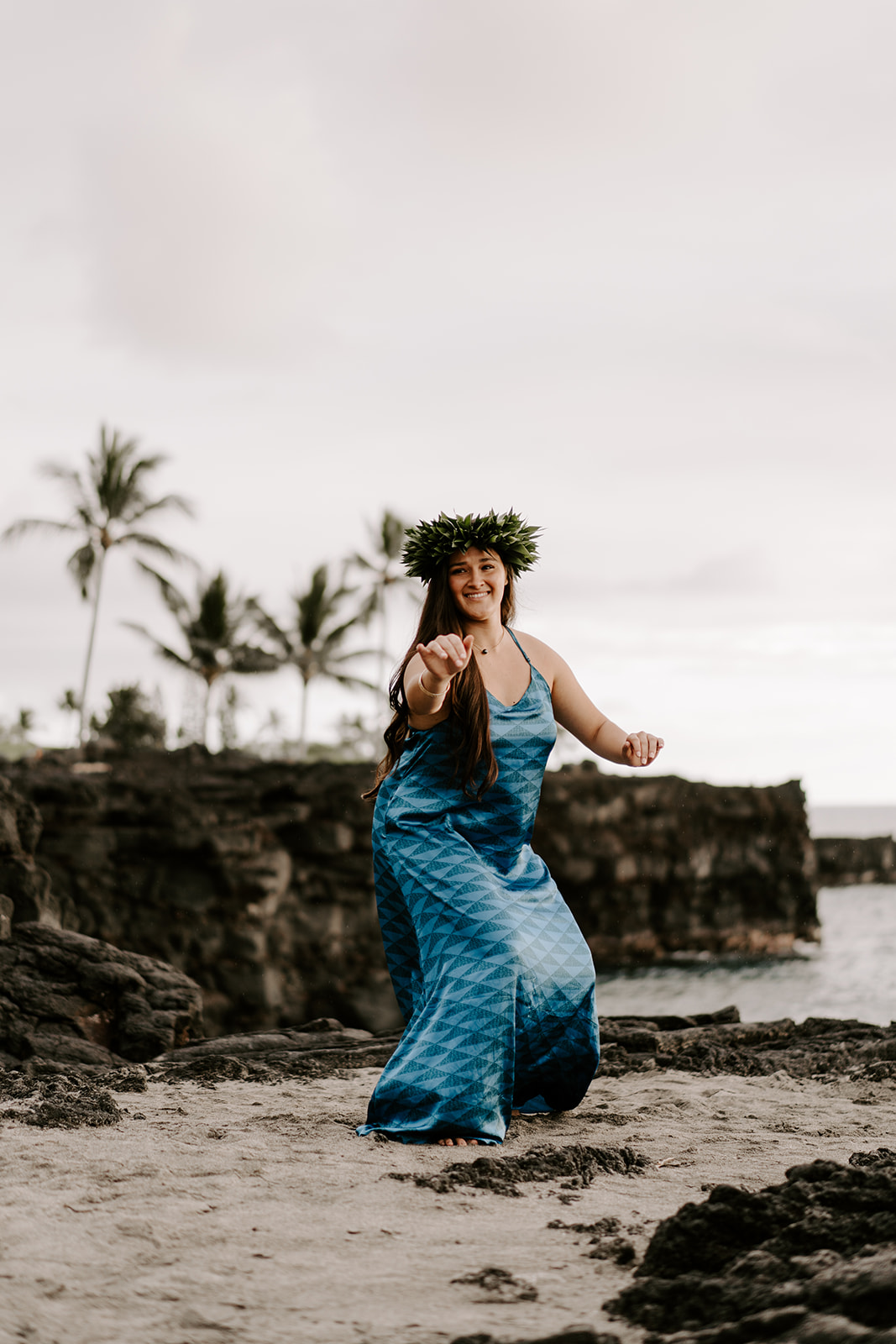 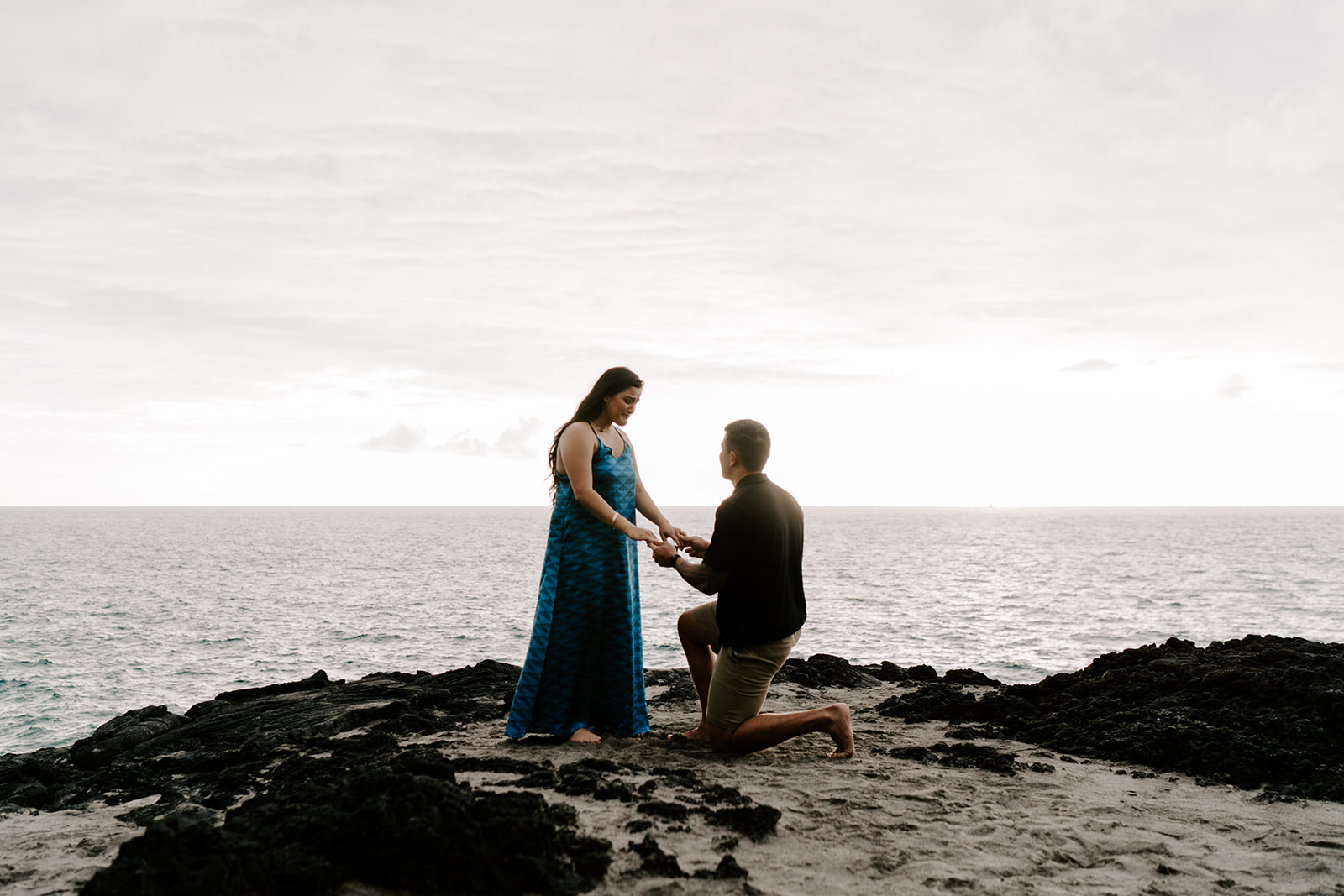 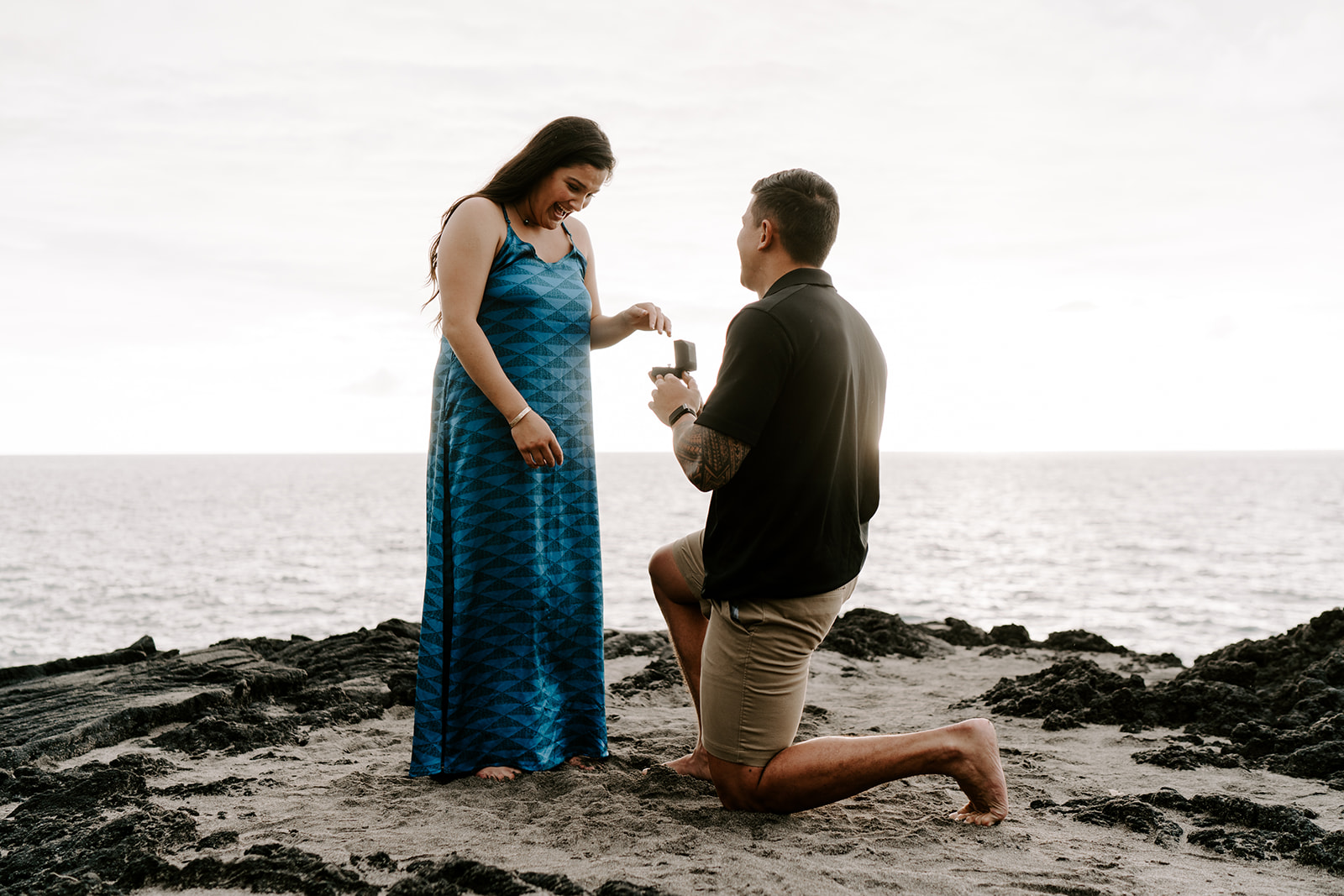 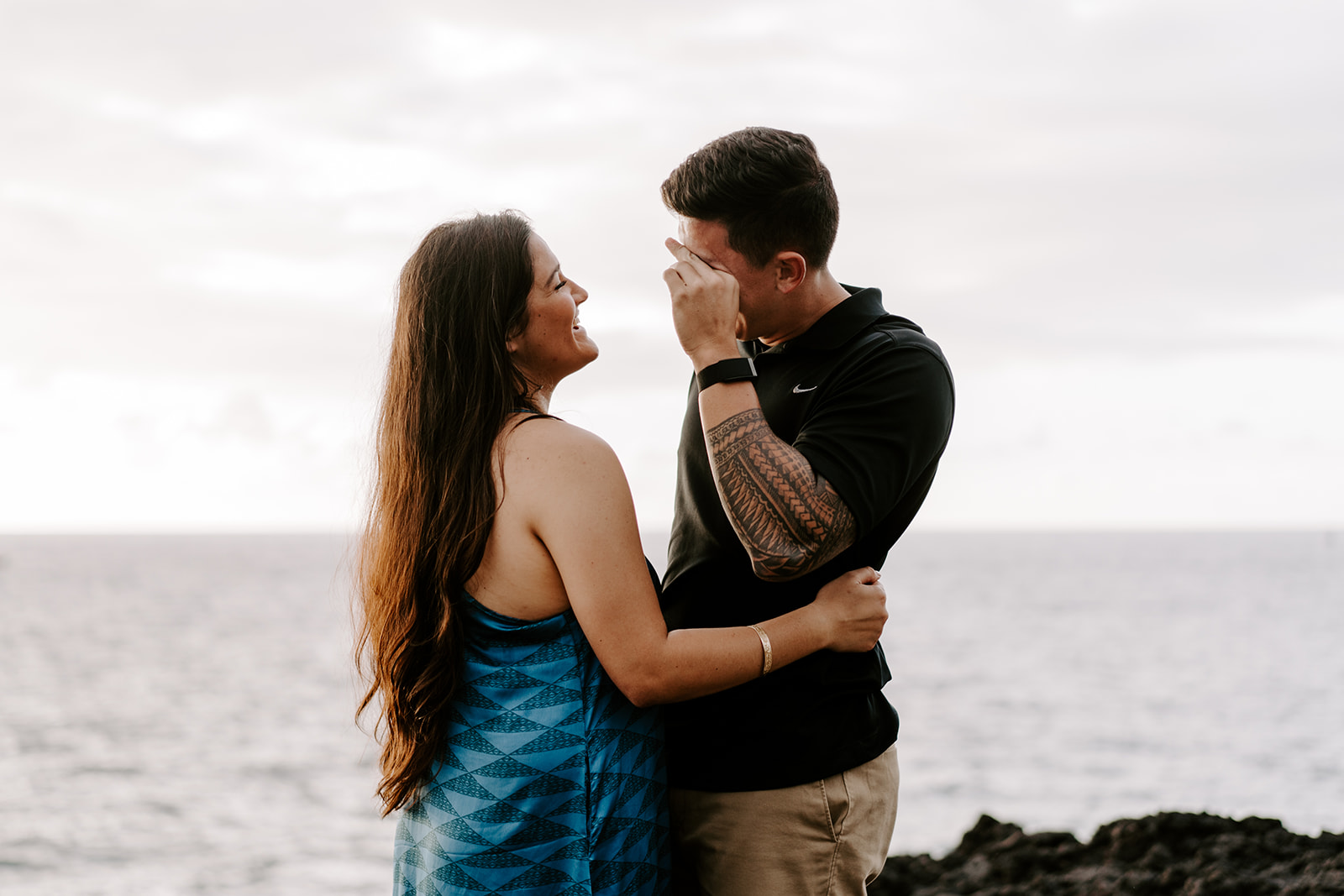 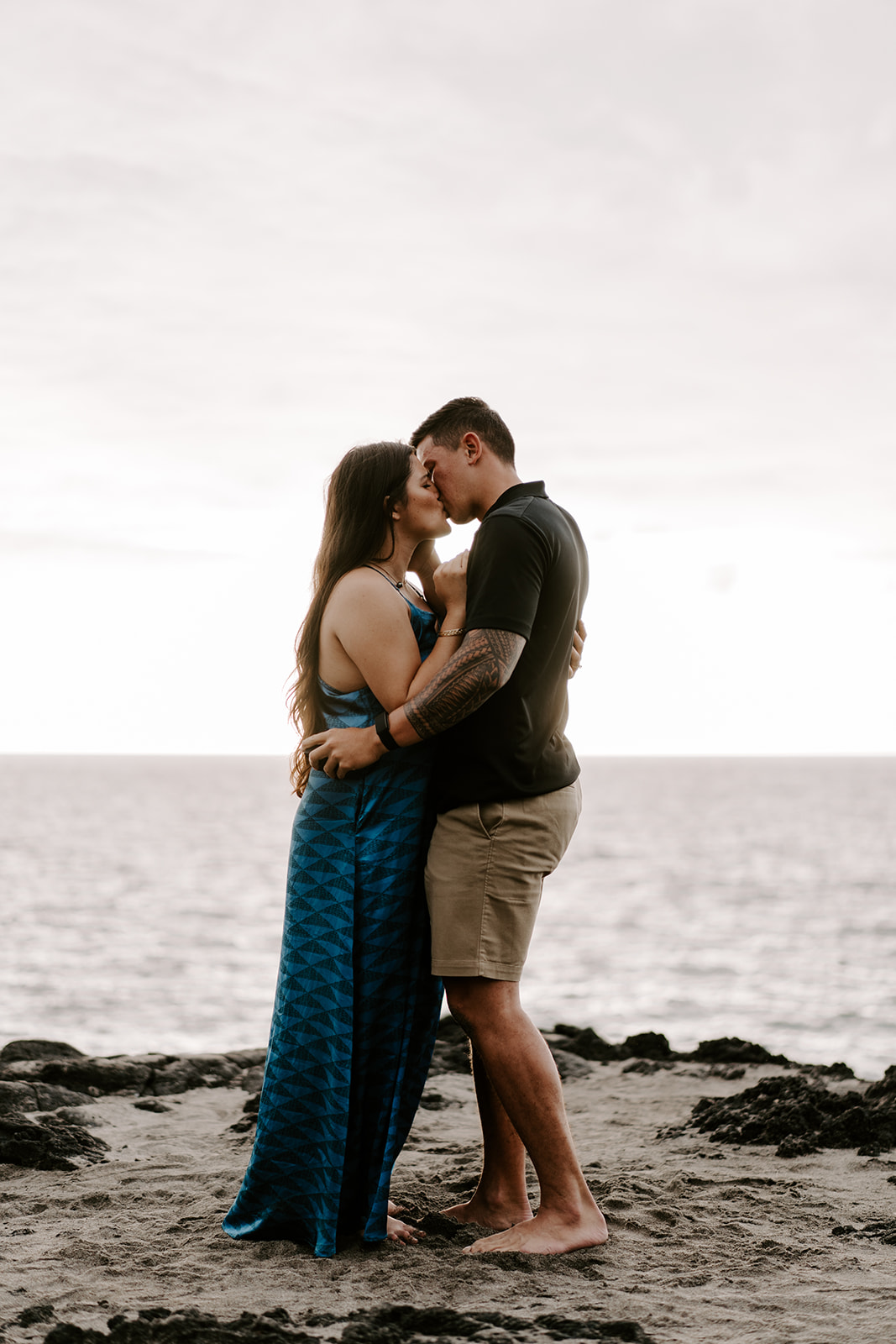 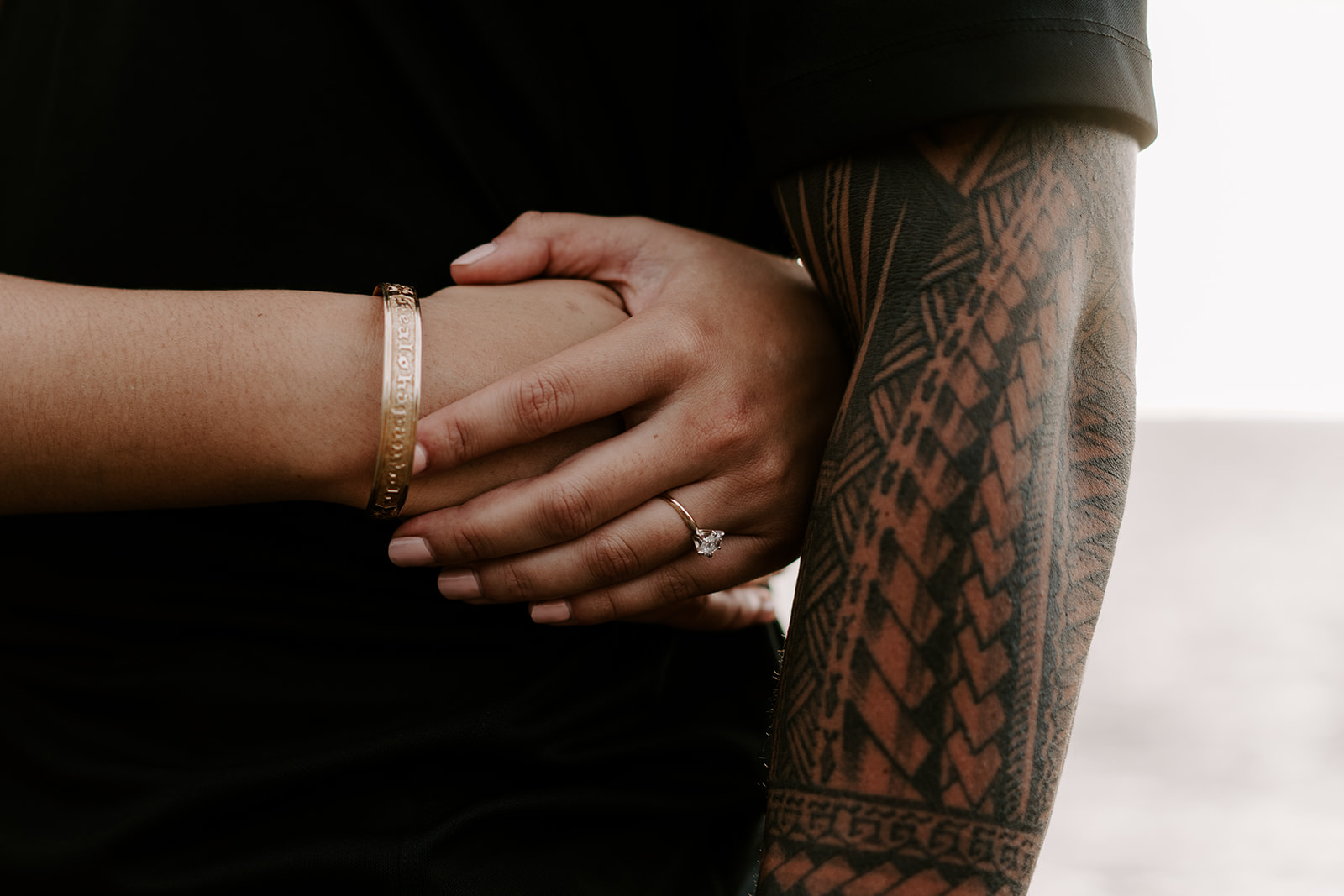 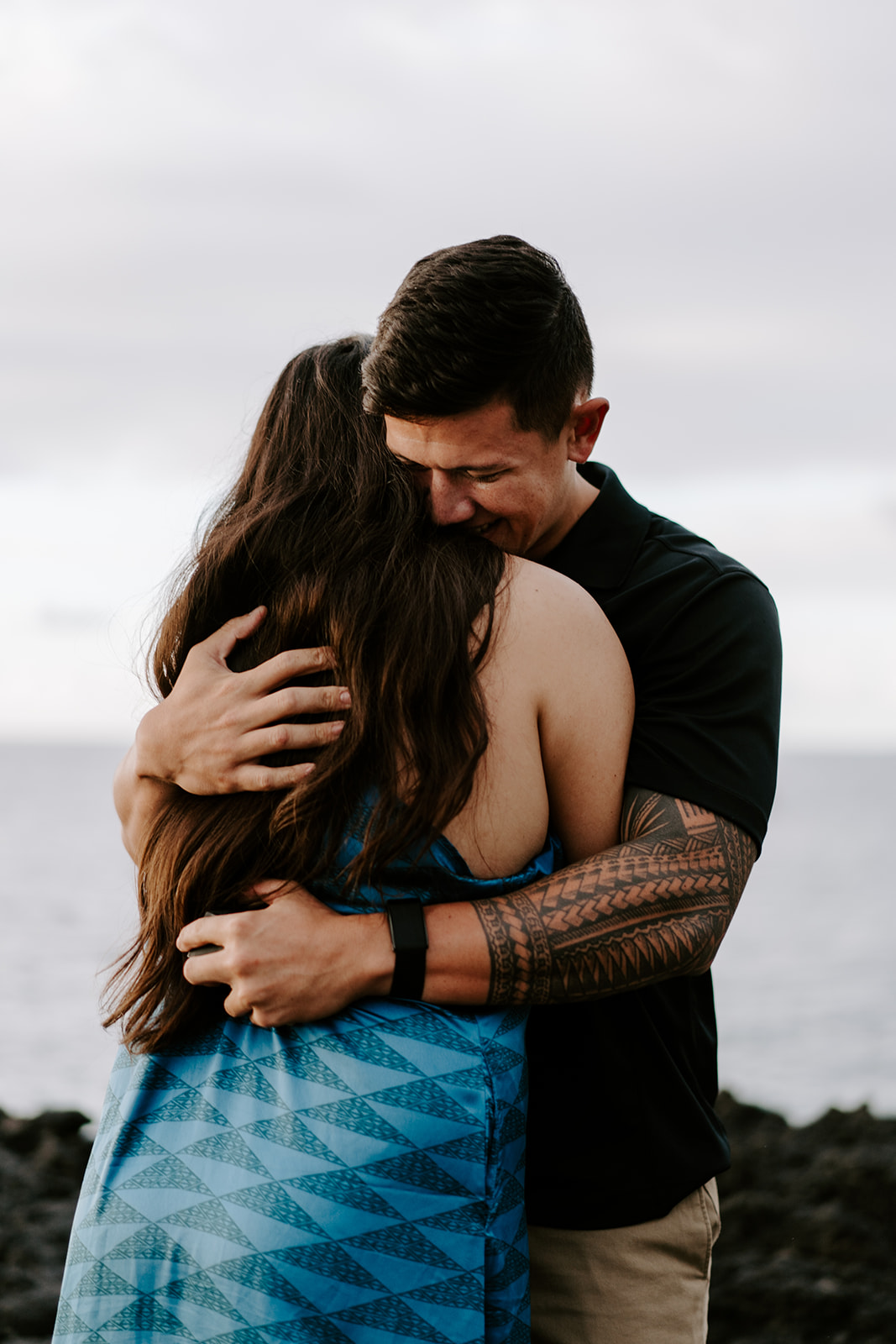 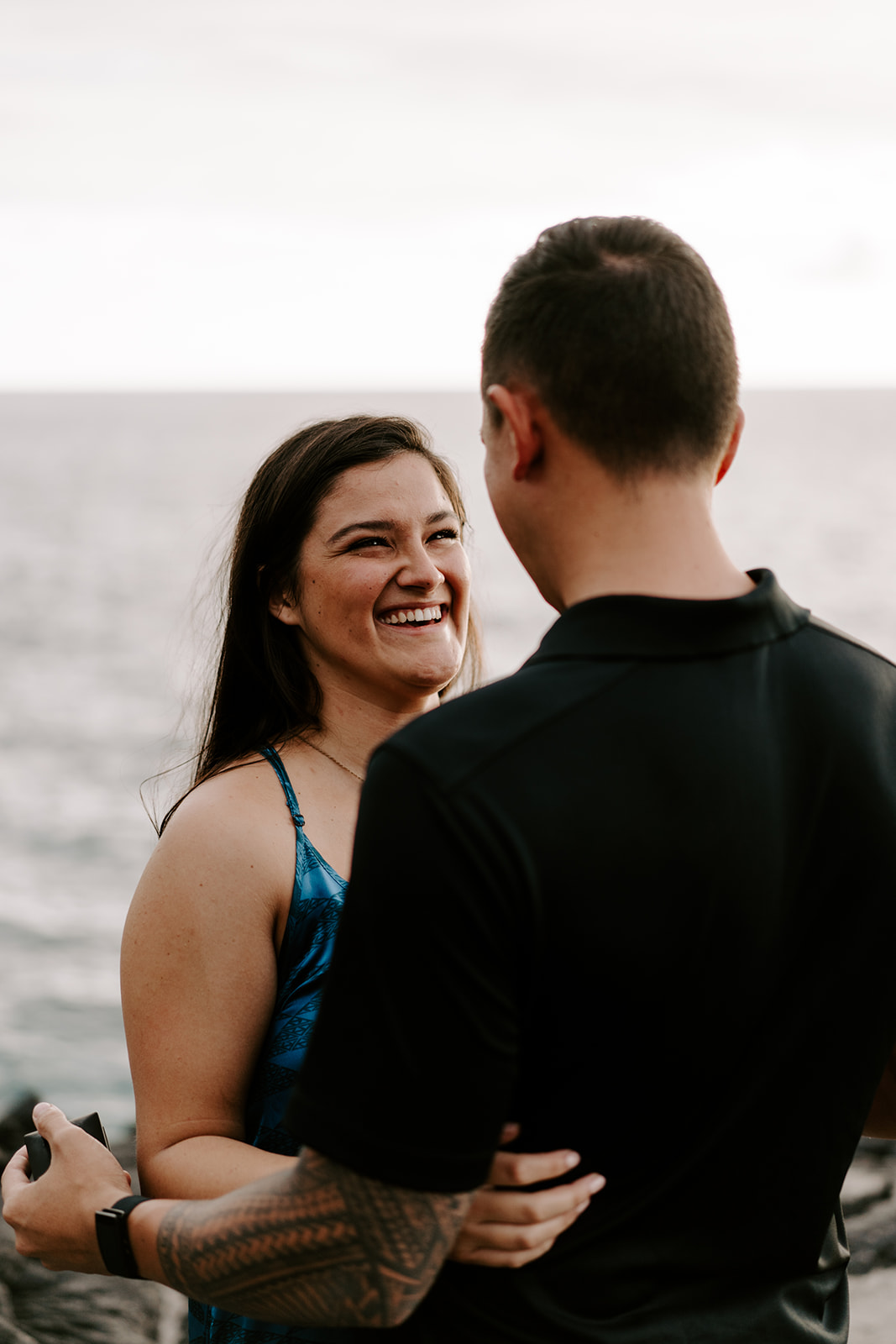 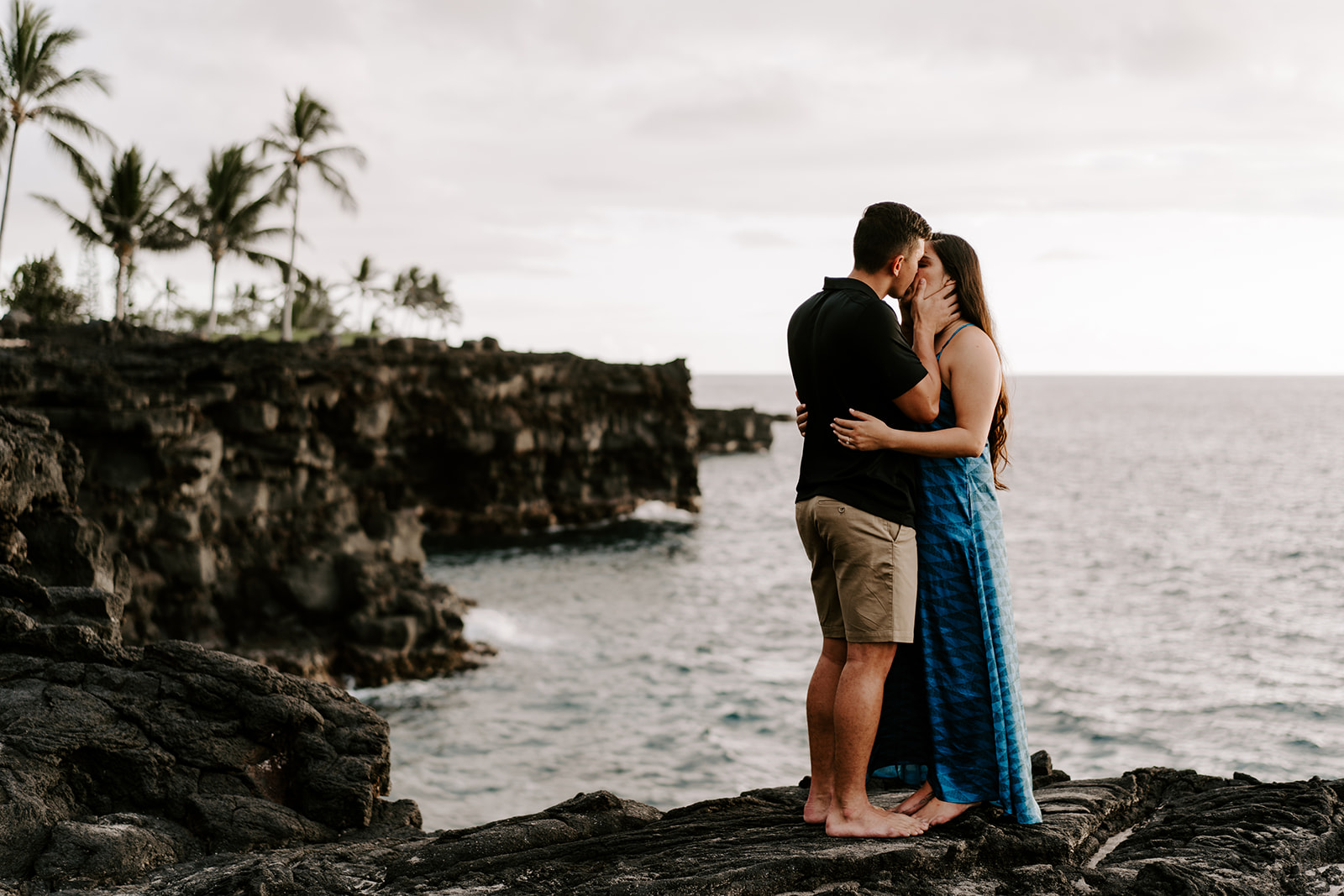 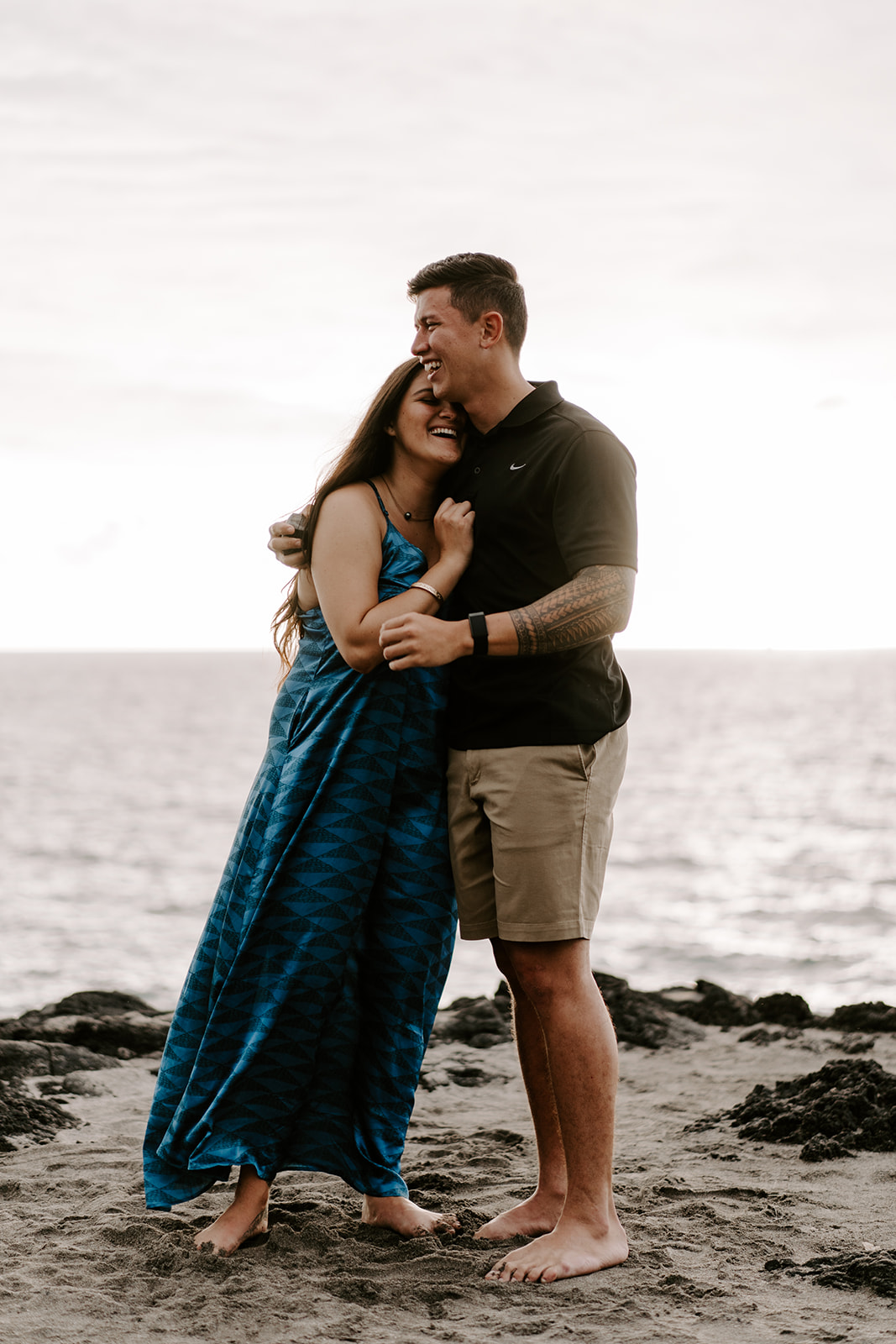 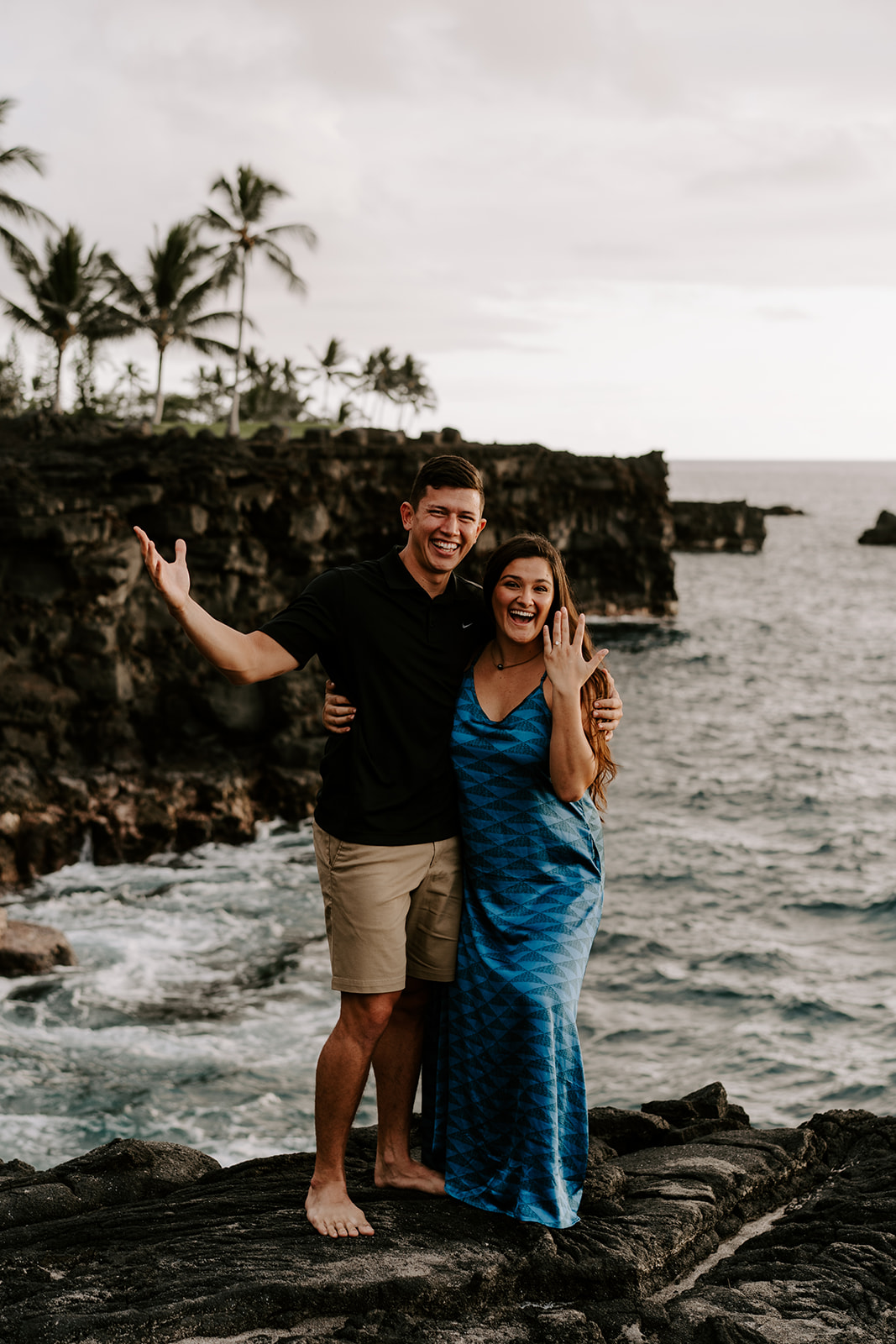 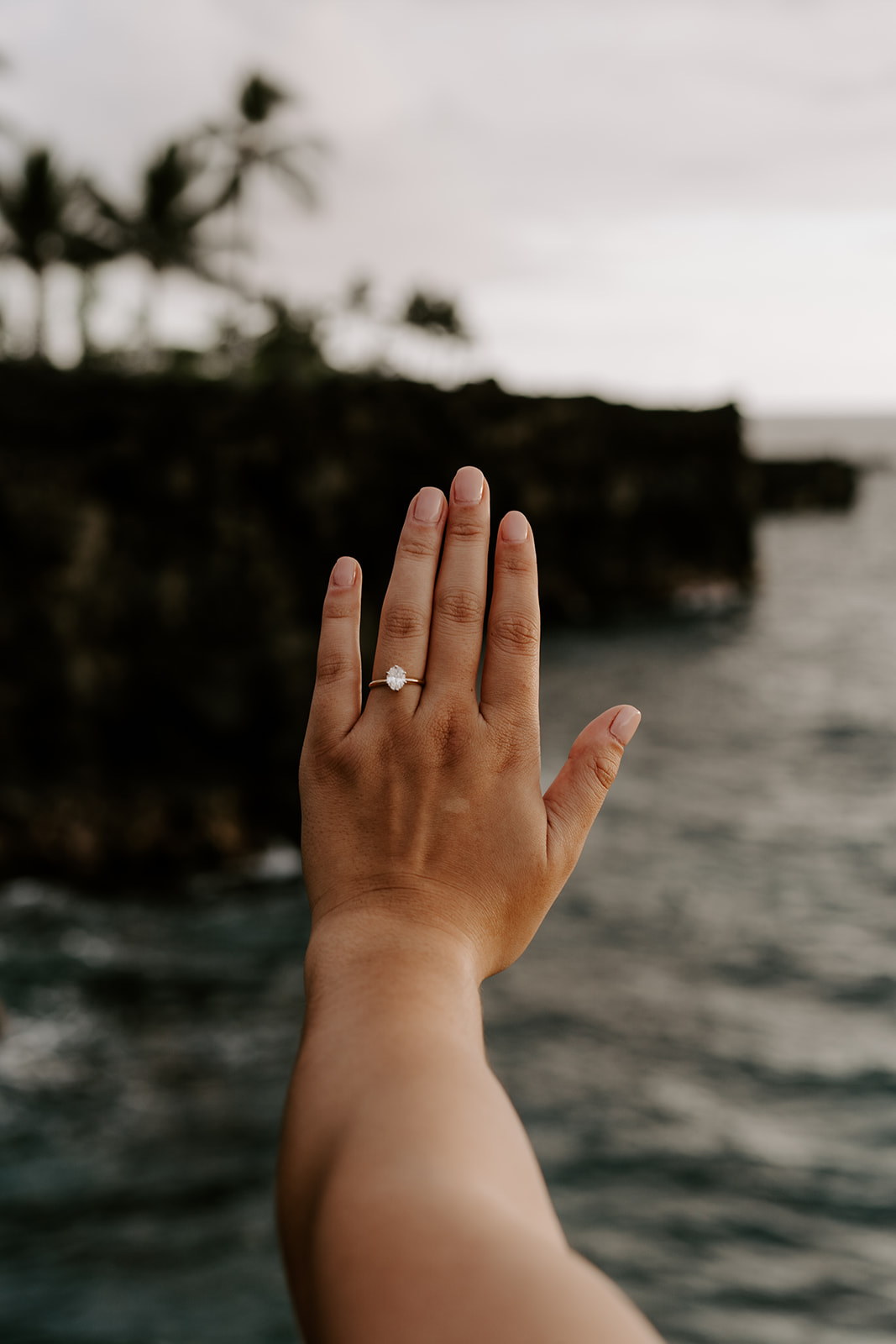 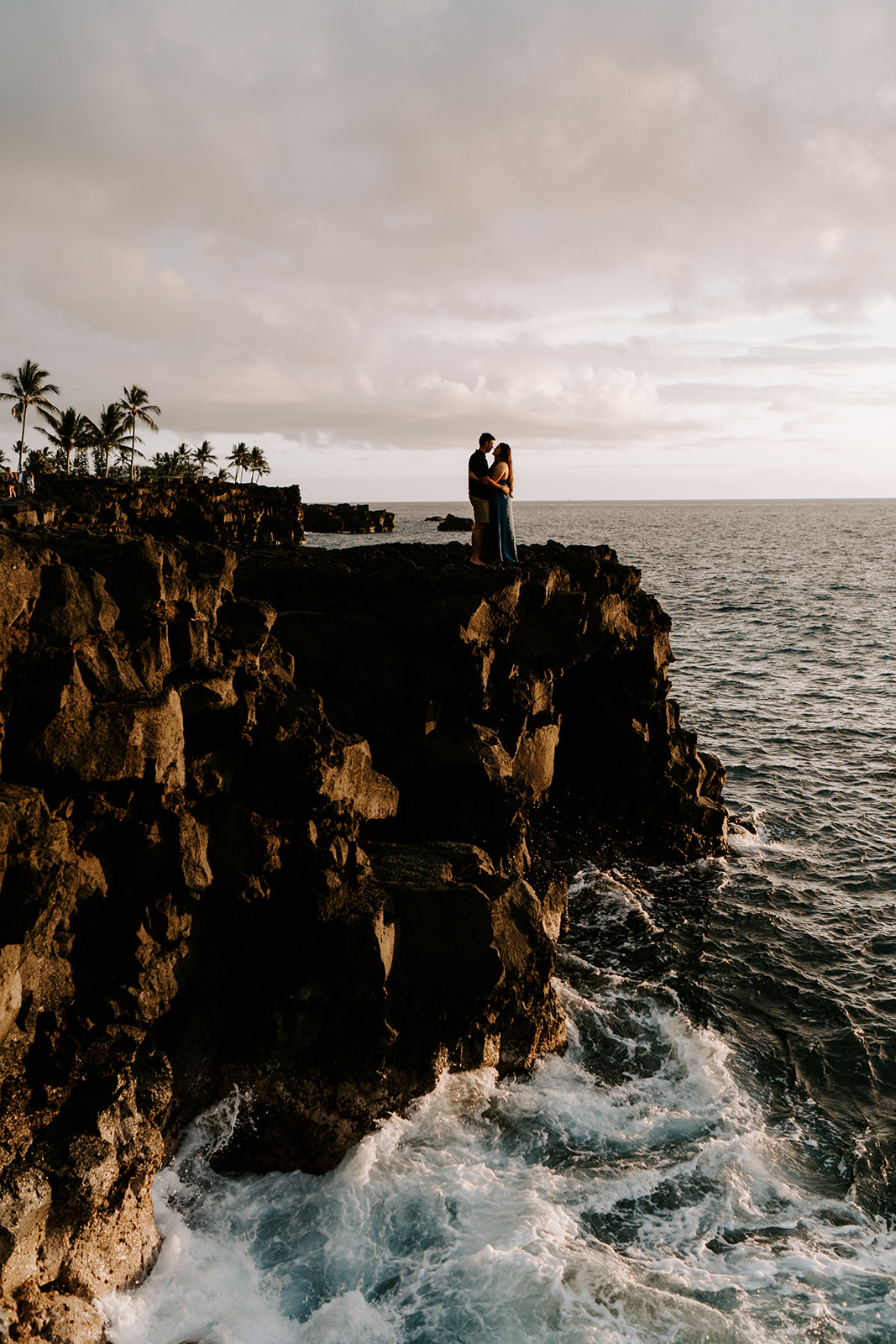 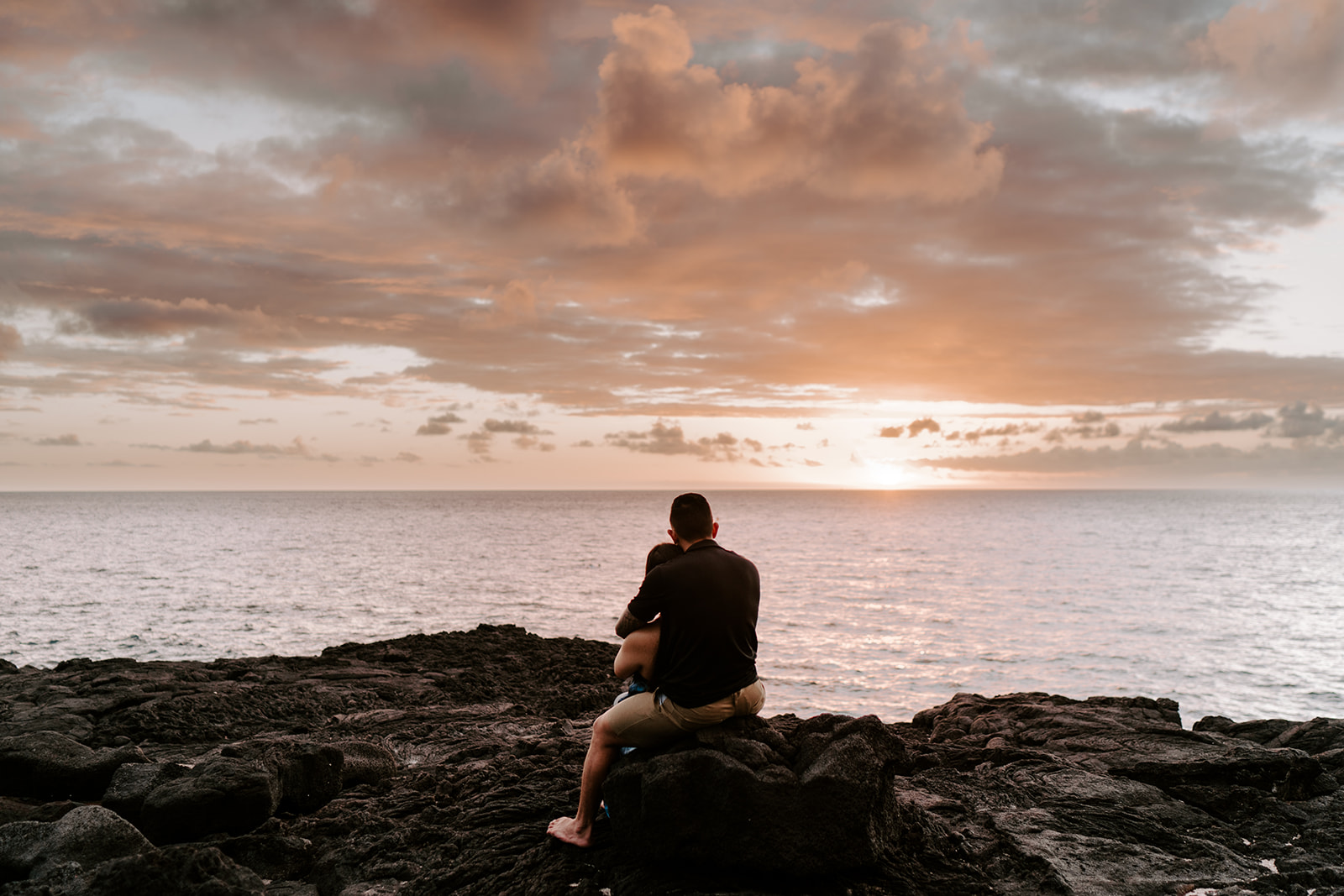 Tau and I met at University of Hawaiʻi at Mānoa in 2015. He transferred from a community college in American Samoa and I just graduate high school in Kona. I came to UH not really knowing anyone so I ended up hanging out with the girls on my floor who were all from the mainland. A friend of Tauʻs roommate had a crush on one of the girls on my floor and invited us to come hang out. We decided to go and when I walked into the room I just knew I had found “my people.”

I knew immediately that they would be my new friends for the rest of my time in college. It was a huge group of big Samoans which is what I was use to back home on the Big island.  I immediately hit it off with the guys and they invited me to hang out just about every night. Tau and I just so happened to do a lot of things together. We unknowingly applied for the Residential Assistant position at the school together and we both got the job. We had to back early from summer and struggle through long weeks of training and were always close.

We would go on long walks, go to the movies, play cards, watch football, get dinner, go to the beach, everything you would do with your best friend we would do, he would even walk me home every night we hung out. Everyone thought we were dating but we just loved hanging out with one another. Two and a half years later, overlooking Kaneohe, we finally confessed our feelings for each other, started dating and two and a half years after that we are now engaged and planning a wedding.

Tau was working in Kona for the week so I decided to come over for the weekend. During that week Tau and my parents were trying to find ways to surprise me (I am a really hard person to surprise.) My dad called me during the week to ask me if I would do a photoshoot for the Sheraton due to it changing into an Outrigger in a couple of months. I had my suspicions until they got one of the people at the Sheraton to call me to verify the details of the shoot.

Tau and I went to the shoot and I saw one of my favorite photographers there, “Aloha Zoe”, and couldnʻt stop explaining to them how excited I was to be photographed by them. I told them I wasnʻt much of a model and asked if I could just dance a hula and them take pictures of me that way. As I was dancing I remember looking at Tau and seeing his teary eyes. After the hula, Ryan and Corinne asked if we wanted to take a quick photo as a couple and they would send it to us privately. I immediately agreed and as we were taking the photos Tau got down on one knee and proposed and I SAID YES!

Tell us about the ring/band.

After asking my parents to marry me, they knew it would be hard for Tau to get a ring without me knowing here in Oʻahu. Tau told my parents what he wanted to get and how much he had saved and my dad went around Kona trying to find what Tau was looking for. After looking at a couple stores he went to one right next to the grocery store my family always stops at. He explained the situation and the lady at the counter said “wow I havenʻt seen a father of the bride here before.” She explained that the store owner was actually on the mainland at a gem show at the time and saw a diamond that fit the exact description of what they were looking for.

While Tau was working on the Big Island my parents showed him the ring. They videotaped it and it has to be one of my favorite videos of all time. Tauʻs eyes were so wide and in shock. He said it was bigger and way more magnificent than he imagined. He was even shocked that the ring came with a box. I remember after I said yes to the proposal he asked me “But did you see the box? It has a light in it.”

The below wedding pros made this amazing event happen. See more of their work by visiting their website.